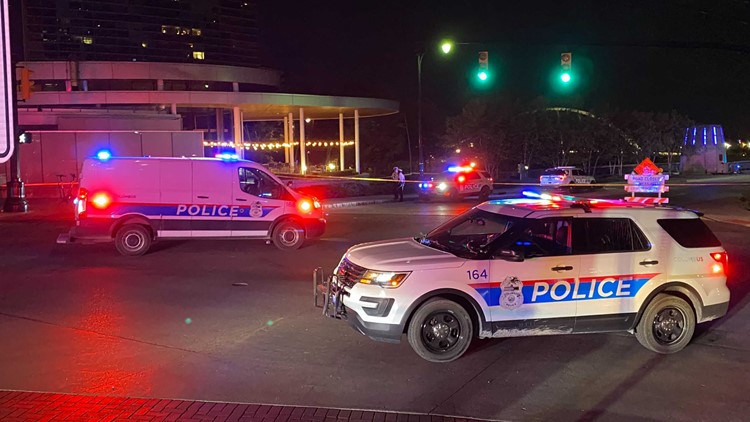 Columbus police said one person was pronounced dead at a local hospital and the other people injured are in stable condition.

COLUMBUS, Ohio — One person was killed and multiple people were hurt in a shooting that happened at Bicentennial Park in downtown Columbus.

Columbus police were called to this scene of the shooting, near South Civic Center Drive and Rich Street, just after 11:51 p.m. Saturday

One person was pronounced dead at a local hospital and police said the other people injured are in stable condition.

Investigators are still determining the exact number of people who were shot.

Police said they are not aware of any planned events in the area at the time of the shooting.

Police have not released any additional information.

This is a breaking news story. Stay with 10TV for updates.