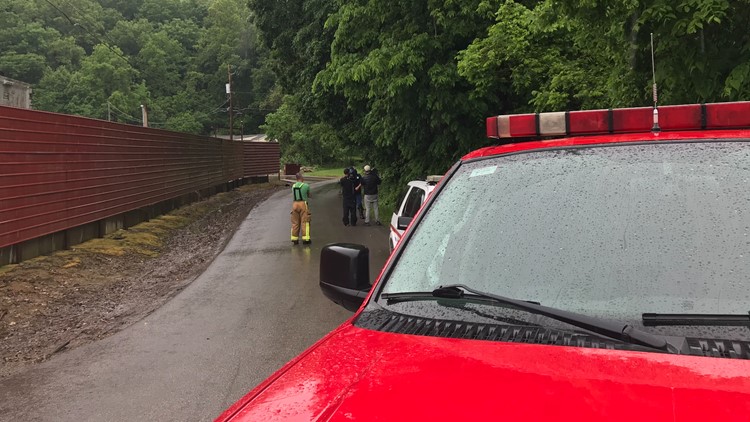 The crash happened Friday morning in the area of State Route 104 and Sheep Ranch Hollow.

SCIOTO COUNTY, Ohio — Two people have died in a plane crash that happened Friday morning in Scioto County, according to the Ohio State Highway Patrol.

The crash happened in the area of State Route 104 and Sheep Ranch Hollow.

According to the Federal Aviation Administration, the single-engine Lancair Evolution crashed at 10:45 a.m. near McDermott.

Air traffic control lost radio and radar contact with the aircraft shortly before the crash.

The FAA said the plane was flying from Bellefontaine to Charleston, S.C.

According to Scioto County EMS Director Larry Mullins, the small four-seater plane was destroyed on impact and burned up.

Fire crews had to use all-terrain vehicles to get to the crash site and the Ohio Highway Patrol used its plane to guide them to the wreckage.

Because the plane crashed in a remote area, firefighters used fire extinguishers to put the flames out.

Two eyewitnesses spoke to 10TV about what they saw as they were getting ready to tee off at Elks Country Club.

“We looked up and we looked in the sky and we just saw a jet it was basically tumbling end over end,” Tyson Phillips.

“We heard the engine quit on the plane and then looked up and seen it coming,” Dennis Pistole said.

They said the fire burned for quite some time leading them to believe the plane was full of fuel.

OSHP is leading the local investigation while the FAA and the National Transportation Safety Board will also investigate the crash.

The names of the people on board the crash have not been released.

Editor’s note: The Scioto County Emergency Management Agency initially reported the sheriff’s office said two adults and one child were killed in the crash.  The Ohio State Highway Patrol later determined two adults were on board the plane and no child was on board.

Star Wars Sets Up Maul’s Next Return
How Much With A Student Discount?
Comment