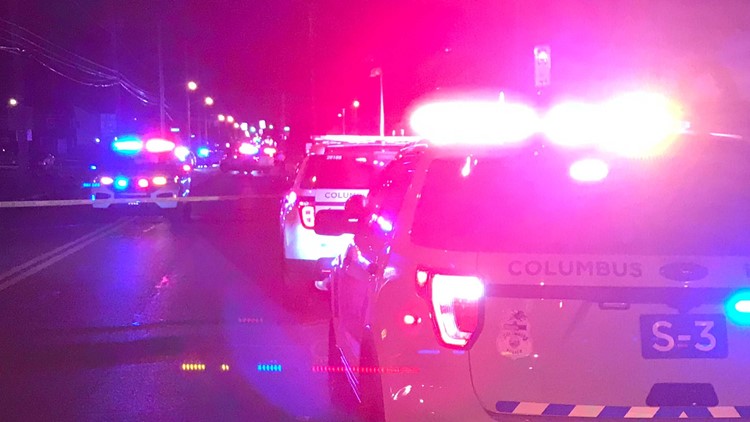 Columbus police say they received a call from the fire station located in the 1400 block of Oakland Park Avenue on a reported shooting.

A 24-year-old man has died after he was shot during an attempted carjacking near a fire station in north Columbus Saturday night.

Columbus police received a call from the Columbus Division of Fire located in the 1400 block of Oakland Park Avenue around 9:30 p.m. on a reported shooting.

Battalion Chief Steve Martin told 10TV someone was shot while driving and then crashed through the front fence of the fire station.

Police say the woman and 20-year-old man were in the woman’s car when the 24-year-old man, who police have identified as Preston Allman, approached them at gunpoint.

Allman then got inside the woman’s car and was driving away when he allegedly pointed a handgun at the woman for a second time.

The woman, who also had a handgun, then shot Allman, according to police.

He then crashed the car across the street on Oakland Park Avenue.

Allman was taken to Riverside Methodist Hospital and was pronounced dead at 10:09 p.m.

This is the 65th homicide in Columbus.

The case is being forwarded to the Franklin County Prosecutor’s Office for review.

Diablo 4 Will “Advance The Art” Of Action RPGs, Activision Says
Valheim’s Concealed Jacuzzi Is The Perfect Rest For A Weary Viking
Comment