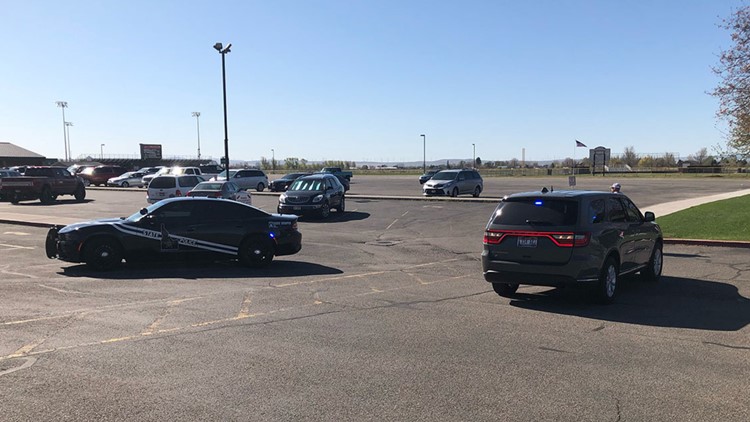 RIGBY, Idaho — A shooting at an eastern Idaho middle school has left three people injured and a suspect in custody.

Law enforcement told Idaho Falls television station KIFI-TV that two students and one adult had injuries that were not believed to be life-threatening.

The suspected shooter has been identified as a male student. His name and age have not been released.

Two other students and a custodian were wounded in the shooting, officials say. Jefferson County Sheriff Steve Anderson says the victims’ injuries aren’t believed to be life-threatening.

“Today we had the worst nightmare a school district could encounter. We had a school shooting here at Rigby Middle School,” Jefferson School District Superintendent Chad Martin told KIFI. “What we know so far is the shooter has been apprehended. There is no further threat to the students.”

Students were being evacuated to a nearby high school.

“I am praying for the lives and safety of those involved in today’s tragic events,” Little wrote. “Thank you to our law enforcement agencies and school leaders for their efforts in responding to the incident. I am staying updated on the situation.”-

“My prayers are with those injured this morning at Rigby Middle School. I am grateful to our first responders and school staff who are working to deal with this terrible incident,” she said. “I will do everything I can to support the district and the community moving forward.”

Rigby, a town of under 5,000 people, is located just north of Idaho Falls in eastern Idaho.

KTVB is working to gather more information, check back for updates.

I am monitoring the heartbreaking events in Rigby today and my heart goes out to all of those involved in this tragedy. To the first responders and our heroic teachers and faculty who are keeping our children safe, thank you. https://t.co/CjZqWic5Ug

I am praying for those affected by the horrific events in Rigby today. I am grateful for the service of law enforcement, first responders and teachers responding quickly to keep students safe. https://t.co/7PU8t4HoDB