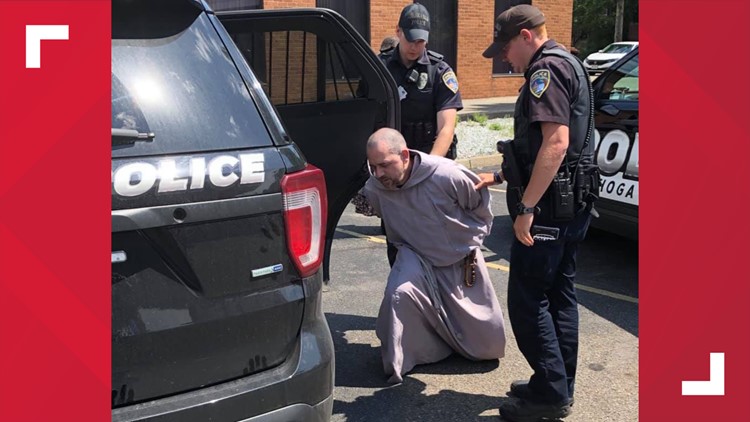 All are charged with criminal trespass, a misdemeanor that carries a maximum sentence of 30 days in jail.

Officers were called to the Northeast Ohio Women’s Center on State Road just before 11:30 a.m. for a report of trespassers at the building. Members of the pro-life organization Red Rose Rescue apparently did not comply with authorities’ requests to leave the facility, leading to them being taken into custody “without incident.”

All of the suspects are charged with misdemeanor criminal trespass, and none are from Ohio. They are:

3News reached out to Red Rose Rescue, which said its members go into clinics and attempt to counsel women against receiving abortions while offering them red roses and cards that state, “You were made to love and to be loved… your goodness is greater than the difficulties of your situation. Circumstances in life change. A new life, however tiny, brings the promise of unrepeatable joy.” The organization added, in part:

“In an act of solidarity with the unborn about to be aborted, the pro-lifers refuse to leave the clinic should they be ordered to do so by law-enforcement, offering an act of non-violent defense of unborn children—which may result in their arrests.”

🌹🌹🌹🌹 Red Rose Rescue mission today in Cuyahoga Falls, Ohio. Many mothers were reached with compassion and love inside…

3News also spoke to the owner and medical director of the clinic, who said the protesters got inside using a fake name and appointment and that actual patients inside were then “accosted,” including a teenager whom staff members say would not stop crying for nearly half an hour. He added the suspects essentially had to be “carried out” of the building by cops.

“These people are known to do this all over the country,” the director said of Red Rose, while adding police would not have been called had they stayed outside of the center and not tried to stop anyone from coming in. “We [will] continue to provide legal reproductive health to people who seek out our care.”

The four arrested individuals will be arraigned in Stow Municipal Court at a later date. If convicted, they each face a maximum penalty of 30 days in jail, along with a $500 fine.