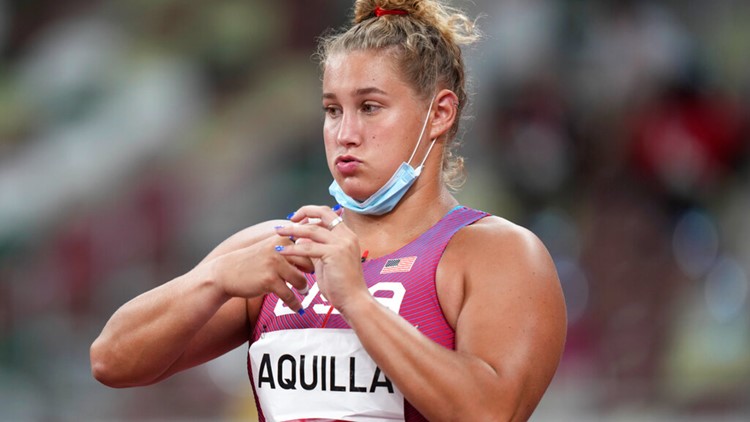 TOKYO, Japan — Editor’s note: Our interview with Aquilla in the player above was originally published before the Tokyo Olympics began.

Westlake native Adelaide Aquilla has been eliminated in women’s shot put at the Tokyo Olympics after finishing 20th in the qualifying rounds early Friday morning. Only the top 12 advance. Her best throw of three was 17.68.

Aquilla, a student at Ohio State University, landed a spot on Team USA in the Games after finishing in third place at the trials.

“It’s still a surreal feeling,” the Magnificat alum previously told 3News about her Olympic journey. “I’m so grateful I am competing for Team USA, representing Ohio, Northeast Ohio and everybody in the country.”

Her hometown of Westlake recently issued a proclamation in her honor during a city council meeting, which her dad accepted on her behalf.

Read more of her bio HERE.