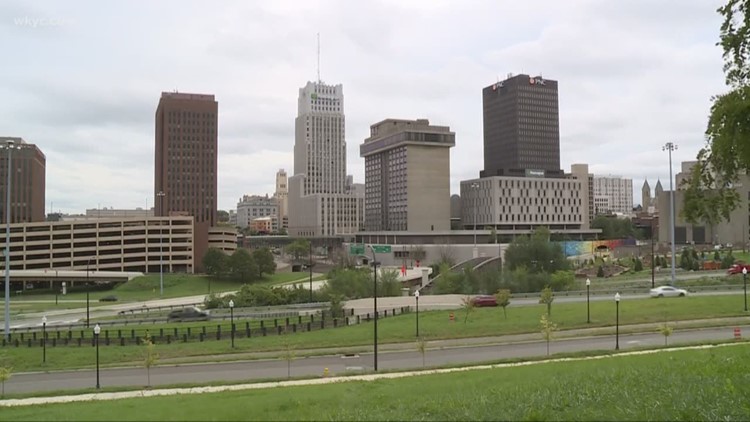 Use-of-force incidents include a police officer’s use of deadly force against a person or use of force resulting in serious bodily injury to a person.

AKRON, Ohio — Akron City Council has approved a law that will now require the city to release video footage of use-of-force incidents by the police department within 7 days of the incident.

“This ordinance is the result of more than a year of community engagement, research, and preparation,” Akron Mayor Dan Horrigan said in a statement. “Akron is now a leader among peer cities across the country when it comes to public accountability in police use of force cases. This ordinance demonstrates our commitment to being open, transparent and—importantly—consistent.”

The city hopes the new law will help the improve the relationship between police and residents, and it may just be the beginning.

“This piece was a real intentional step for us to bridge that gap between police and community,” Akron City Council President Margo Sommerville, who co-sponsored the legislation, told 3News. “Akron City Council has been embarking upon this reimaging public safety in Akron, really looking at things we do well and things we need to improve.”

The city of Akron must now release video of an incident involving a police officer’s use of deadly force against a person or use of force resulting in serious bodily injury to a person. Footage from body worn cameras will be automatically posted to www.akroncops.org within 7 days of the incident.  The initial release will include at least three camera angles, assuming multiple devices captured the events.  Any and all other footage of the incident will be released on the website within 30 days.

“Thankfully, this kind of force is extremely rare in our community,” Horrigan added. “Every incidence of potentially deadly force is an unwelcome and serious event. Releasing this footage will allow the public to see for themselves what occurred, including the moments leading up to the event.”

City leaders say videos of the entire use of force event will be made public, with very limited exceptions.

“Footage will only be redacted if mandated by law, including laws protecting the privacy of personal information like social security numbers or nudity, or if a court orders the City to withhold the footage,” Senior Strategic Counsel Ellen Lander Nischt said.

“It could have had a provision in there that officers on the Akron police force who use deadly force should be kept on a list,” he explained, “but it’s baby steps, and this is a step in the right direction.”

Sipplen represents Charles Hicks, who was arrested earlier this year while an officer shoved snow into his face. The officer later resigned after bodycam footage of the incident was made public, and the case is back open.

Sipplen hopes this new law will apply to cases like Hicks’, allowing all of the information to get out to the public quickly.

“The footage that was released was heavily edited to where the city was able to paint Mr. Hicks in a very negative light,” Sipplen said. “Whereas had the unedited raw footage come out, you would have seen a lot more to say, ‘Wait a minute, there was more going on then them putting the snow in his mouth.'”

Sommerville says the decision of how the new law applies to different cases of serious bodily harm will be made by a group, not just one person. She’s hoping this law is just step one in transforming Akron into a better, safer community.

“I think this is just the first step,” she said. “We’re going to put this out there and see how this works. We’re going to look at how we can continue to be more transparent and continue to hold our officers accountable.”

The ordinance also states that any member of the public can petition the city for release of footage they believe has failed to be provided as required.  A petition can be filed by making a written request to the Director of Law by email to videodisclosure@akronohio.gov or by mail/personal delivery to the offices of the Civil Division of the Law Department (161 South High Street, Suite 202, Akron OH 44308).