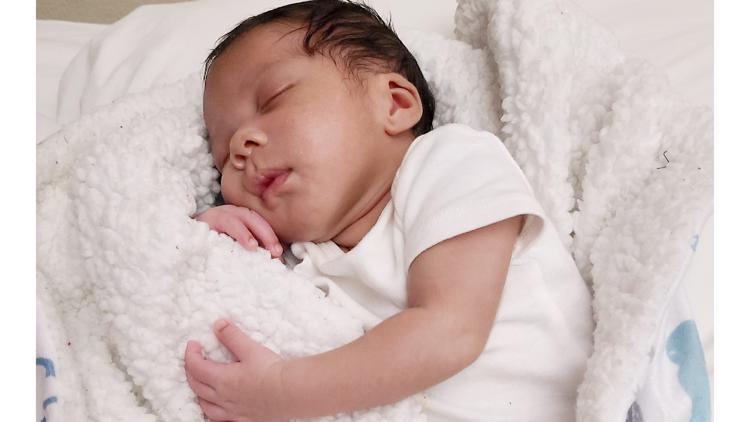 The suspect is also accused of assaulting the child’s mother and stealing her Chevy Impala. They are believed to have gone somewhere in the Youngstown area.

CLEVELAND — Authorities in Cleveland have issued an AMBER Alert for a 6-week-old boy who was reportedly abducted by a family friend late Tuesday night.

Police say 23-year-old T’oshanae Dumas was driving from Youngstown to Cleveland with both a friend and the friend’s child for “court purposes.” Prior to that, Dumas decided to head to West 87th Street to meet up with a man, but before arriving, Dumas backed into a parked vehicle while operating her friend’s car. A witness later confirmed these events, stating she spoke with Dumas about insurance information before Dumas drove away.

The friend asked Dumas why she was not reporting the accident, and an argument ensued. The friend then took over driving the vehicle to a nearby Dollar General parking lot, where Dumas “started punching the victim with closed fists.” When the friend got out “to avoid being assaulted,” Dumas apparently hoped back in the driver’s seat and drove off, with the baby still in the back seat around 9:30 p.m.

The child has been identified as Warren native Cannon Tatum, described as a 21-inch-tall white male weighing 14 pounds with black hair and gray eyes. He was wearing a tan onesie with a teddy bear printed on it at the time of his abduction.

Dumas is described as a 5-foot-2, 210-pound Black female with brown hair and brown eyes. Officials say she may possibly be driving drunk around the Youngstown area, and that Cannon’s mother made contact with her but she would not give information as to where she or Cannon were.

The vehicle in question is a black 2006 Chevrolet Impala with a temporary license plate number of M38856. According to Cannon’s mom, her own wallet and driver’s license were still inside.

Anyone with information regarding the whereabouts of Cannon and/or Dumas is asked to immediately call 911.

Marietta Avenue residents traumatized by drive-by shooting that sent 4 to the hospital
Feeling foggy and overwhelmed? Here are 3 ways to help
Comment