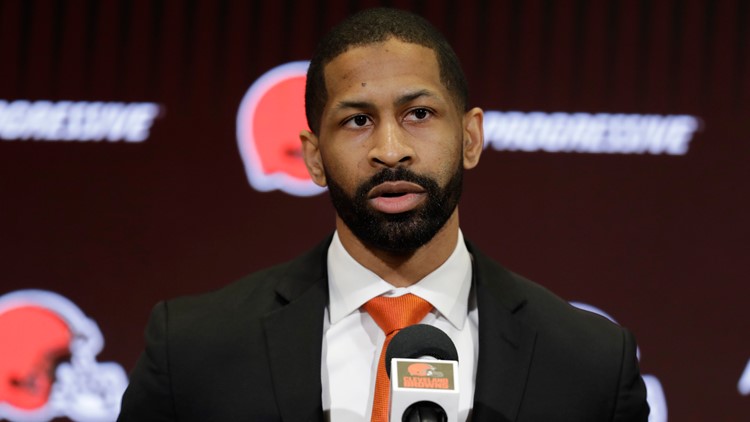 Since being hired as the Cleveland Browns’ general manager last year, Andrew Berry has made a habit of not publicly discussing the contract situations of individual players.

And while he stuck to that philosophy when asked about quarterback Baker Mayfield — who is eligible for an extension this offseason — on “The Ross Tucker Football Podcast” on Wednesday, Berry was willing to discuss his general philosophy when it comes to signing such deals.

“It is fair to say that is an approach we believe in, in terms of identifying pillar guys and trying to retain them as soon as we can,” Berry told Tucker. “That being said, each situation truly is unique. But we do want to get into a habit of rewarding our own and identifying those guys early.”

Berry’s comments could prove especially pertinent to this offseason.

In addition to Mayfield, cornerback Denzel Ward, running back Nick Chubb and right guard Wyatt Teller are each eligible for extensions and played key roles in helping Cleveland amass an 11-5 record and wild card round victory over the Pittsburgh Steelers last season. Chubb and Teller’s contract situations are particularly noteworthy, as they are entering the final years of their rookie contracts and will be eligible for free agency next offseason if they aren’t re-signed.

The Browns have already exercised fifth-year options on Mayfield and Ward, which will keep them under contract in Cleveland through at least 2022.

With nearly four months to go until the start of the regular season, there’s still plenty of time for the Browns to work through potential extensions, which typically aren’t signed until the summer months. Berry also noted that his team has already begun to deploy an extension-friendly strategy, signing defensive end Myles Garrett and running back Kareem Hunt to new deals last year.

“That’s something you’ll see more often than not with our organization,” Berry said. “With that being said, it’s not a one-size-fits-all approach. We will deal with it on an individual basis.”

You can watch Berry’s full appearance on “The Ross Tucker Football Podcast” in the video player below.

Michael Che Is 99.9 Percent Sure He’s Returning to SNL Next Season
The 25 Most Powerful Potterverse Villains, Officially Ranked From Weakest To Strongest
Comment