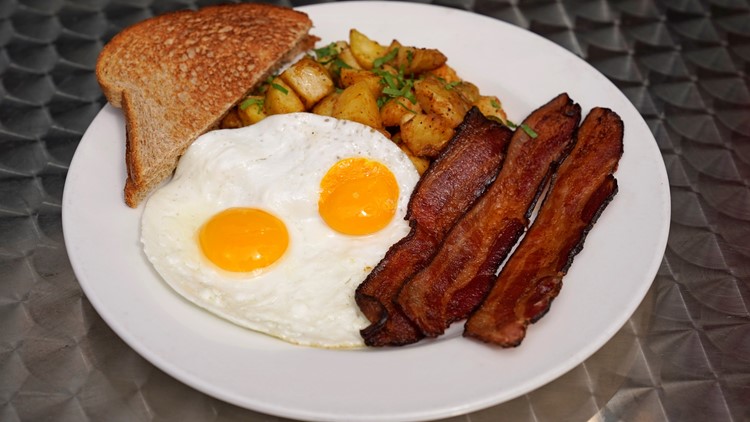 Voters in 2018 overwhelmingly approved the law, which requires more space for breeding pigs, egg-laying chickens and veal calves. National veal and egg producers are optimistic they can meet the new standards, but only 4% of hog operations now comply with the new rules. Unless the courts intervene or the state temporarily allows non-compliant meat to be sold in the state, California will lose much of its pork supply.

Groups have long been pushing for more humane treatment of farm animals but the California rules could be a rare case of consumers clearly paying a price for their beliefs.

Jeannie Kim, owner of SAMS American Eatery in San Francisco, was able to survive the COVID-19 pandemic and its impact on restaurants. However, she fears her breakfast-focused diner could be ruined within months by new rules that could make one of her top menu items — bacon — hard to get in California.

Dwight Mogler operates his family’s farm in Alvord, Iowa. He says the hog barns would need to be expanded to say in compliance with California’s Proposition 12. In Iowa, which raises about one-third of the nation’s hogs, Mogler estimates the changes would cost him $3 million and allow room for 250 pigs in a space that now holds 300.