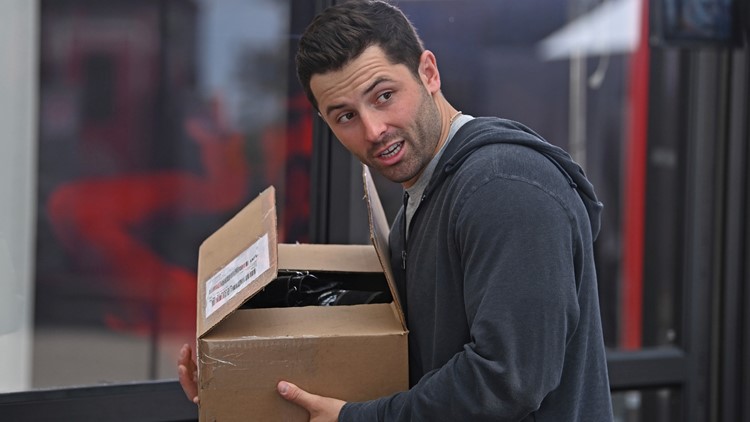 CLEVELAND — On Sept. 12, the Cleveland Browns will take the field at Arrowhead Stadium in Kansas City for their highly anticipated 2021 season opener against the Kansas City Chiefs.

Browns fans, however, won’t have to wait until then for Baker Mayfield to return to their televisions, with the Cleveland quarterback revealing on Friday that the third season of his commercial campaign for Progressive Insurance will debut on Sept. 9 — in all likelihood during the NFL’s season kickoff between the Tampa Bay Buccaneers and Dallas Cowboys on Thursday Night Football.

Mayfield made the announcement via a video on Twitter, which teased new episodes of his popular “At Home With Baker Mayfield” campaign.

Appropriately based in Mayfield, Ohio, Progressive originally launched the “At Home With Baker Mayfield” campaign ahead of the Browns’ highly anticipated 2019 season. In each commercial epsiode, Mayfield and his wife, Emily, are showcased in various situations living inside of Cleveland’s FirstEnergy Stadium.

Now entering his fourth season in Cleveland, Mayfield is coming off a successful 2020 campaign in which he helped lead the Browns to an 11-5 regular-season record, the team’s first playoff appearance since 2002 and its first postseason victory since 1994.