Home » Belmont Stakes: Essential Quality comes from behind to win 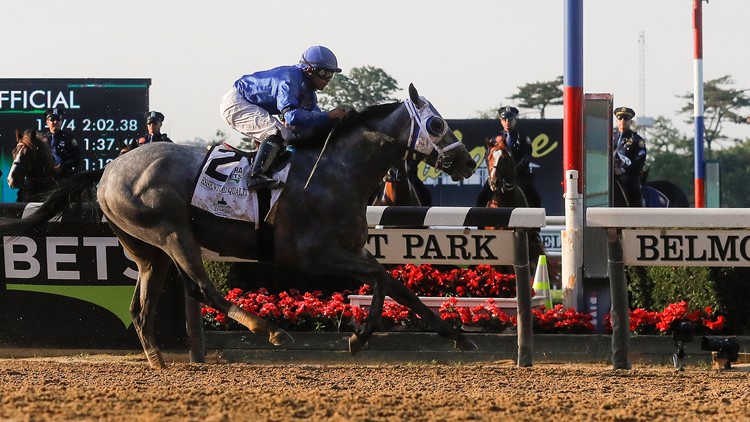 The win was the sixth in seven career starts and gave trainer Brad Cox his first Triple Crown win.

Essential Quality wore down pacesetter Hot Rod Charlie in the stretch and crossed the finish line first in the Belmont Stakes.

The win was the sixth in seven career starts and gave trainer Brad Cox his first Triple Crown win.

It was also vindication for the colt, who was the favorite in the Kentucky Derby and finished fourth. Jockey Luis Saez got the colt home first this time, edging Hot Rod Charlie, who finished third in the Derby, by 1 1/4 lengths.

As opposed to a year ago when the COVID-19 pandemic forced changes in the Triple Crown races, the Belmont Park allowed 11,000 mostly maskless fans to attend the race and they reveled singing Frank Sinatra’s “New York, New York” as the horses came on the track.

No fans were allowed June 20, when last year’s ace kicked off the Triple Crown and was contested at 1 1/8 miles with Tiz the Law winning with Manny Franco aboard.

The race this year was run as the final jewel and returned to its traditional distance of 1 1/2 miles.