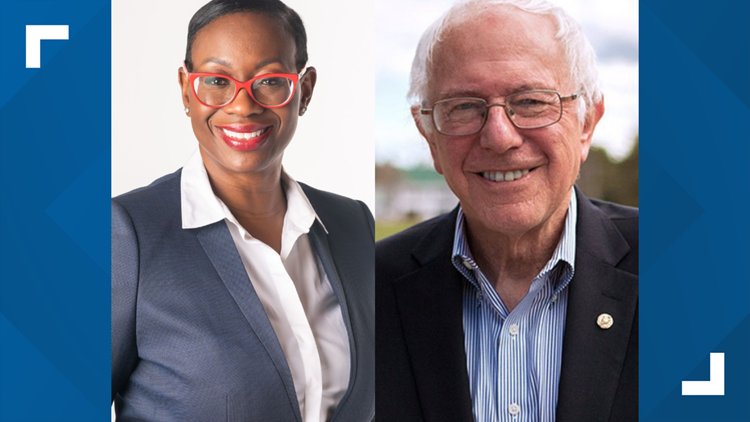 Sen. Sanders will headline a rally with Nina Turner at the Agora Theater in Cleveland on July 31.

CLEVELAND — Editor’s note: The video in the player above is from a story published on March 25, 2021.

On Wednesday, the campaign for Nina Turner– who is currently running for the open seat in Ohio’s 11th Congressional District– announced that United States Senator Bernie Sanders (I- Vermont) will travel to Northeast Ohio at the end of the month to campaign for the congressional hopeful.

Sen. Sanders, a pronounced democratic socialist, will headline a “Get Out the Vote” rally on July 31 for the Turner campaign, currently looking to fill the spot left by U.S. Secretary of Housing and Urban Development, Marcia Fudge.

The event, held at the Agora Theater, will include a walk to the polls and feature prominent figures and musicians, all working to “Get Out the Vote” for the former state senator hoping to head to Washington D.C. later this year.

Sanders was one of the first major politicians to throw his support behind Turner, an ally who campaigned for the Vermont politician while he was running for president in 2016 and 2020.

In his December 2020 endorsement, Sen. Sanders said of Turner, “I’ve gotten to know Nina Turner over the last five years. She deeply cares for working families and she has the heart to be an effective, unwavering fighter for them in Congress. I am proud to endorse her candidacy.”

Turner is a staunch advocate of progressive policies such as Medicare for All, the cancellation of student debt, free public college, and a raise to the federal minimum wage.

Just last week, U.S. Representative Alexandria Ocasio-Cortez announced that she too would travel to Ohio’s 11th Congressional District to campaign for Turner.

“Nina Turner has shown through years of public service that she is an effective legislator who can build coalitions and get things done without sacrificing her principles.  She has the courage to ask for more and the skills to deliver. I can’t wait to travel to Ohio to knock doors for Nina Turner and help turn out the vote, ” said Ocasio-Cortez.

You can find a full list of endorsements for Turner, as well as the other candidates in the 11th Congressional District race, here.

Early voting in the race for the democratic primary began two weeks ago on July 7 and will continue until Aug. 2. The primary election will be held Tuesday, Aug. 3. CLICK HERE to find an early voting location.

The following candidates are on the ballot:

Editor’s note: the video in the player above is from a story published on June 22, 2021.