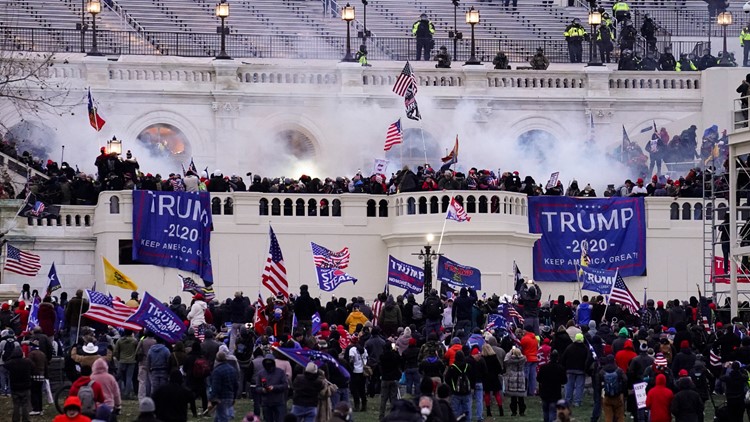 Lawmakers announced Friday a deal has been reached to establish a bipartisan 9/11-style commission into the deadly insurrection at the U.S. Capitol.

WASHINGTON — More than four months after the attack on the U.S. Capitol, lawmakers have announced an agreement to form a bipartisan commission to investigate the Jan. 6 riots.

The legislation, named the National Commission to Investigate the January 6 Attack on the United States Capitol Complex Act (H.R. 3233), is expected to be considered in the House as soon as next week, according to the announcement.

The legislation, entitled the National Commission to Investigate the January 6 Attack on the United States Capitol Complex Act (H.R. 3233), will be introduced TODAY and is expected to be considered in the House as soon as next week.

“Inaction – or just moving on – is simply not an option,” Rep. Thompson said in a statement. “The creation of this commission is our way of taking responsibility for protecting the U.S. Capitol. After all, the Capitol is not just a historic landmark, it is where our constituents come to see their democracy in action.”

Like the 9/11 Commission, the group investigating the Jan. 6 attack will have the authority to issue subpoenas.

As part of the legislation, the commission will have to issue a final report on the facts and causes of the Jan. 6 attack, along with “recommendations to prevent future attacks on our democratic institutions, by December 31, 2021.”