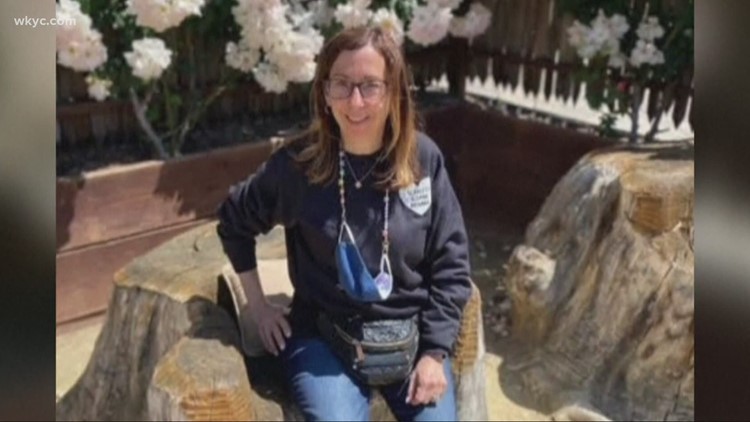 65-year-old Judy Spiegel lived in Warren when her husband served as CEO of Trumbull Memorial Hospital.

SURFSIDE, Fla. — Editor’s Note: The video in the player above is from previous reporting on this story.

Search efforts continue at the site of a condo collapse in Surfside, Florida. 94 people have been confirmed dead with 22 still missing.

One of the victims identified has ties to Northeast Ohio.

According to a Facebook post from her son, Josh Spiegel, the body of 65-year-old Judy Spiegel was recovered over the weekend.

Judy Spiegel lived in Warren when her husband served as CEO of Trumbull Memorial Hospital, according to the Cleveland Jewish News.

“The intense rollercoaster of emotions that we have experienced over the past 18 days has been indescribable. We truly appreciate all of our family and friends for being by our side, rooting us on, and praying that we be reunited with our mom. We hope our mom is looking down on us with pride, knowing we fought our hardest to find her,” said Josh Spiegel in his post.

“I don’t know if it gives me comfort but I know she wasn’t in pain, at least not for a long time, it was very quick,” Judy Spiegel’s daughter Rachel told our NBC sister station 6 South Florida. “We wanted to be reunited with her, whatever that meant, so we started having fears, what if they can’t find her at all? Obviously, all of those scenarios went through our mind, so we were happy that she was recovered and they were able to find her.”

Meanwhile, Ohio Task Force 1 announced that the group will return to the Buckeye State after assisting in search and rescue efforts at the site of the condo collapse.

“It is simply impossible for us, as a team, to express our thanks and gratitude for the support we have received from all over the Ohio region. The messages of support have been unwavering and vast in number.  We thank all of you for your support of our team’s efforts,” said Team Public Information Officer, Phil Sinewe.

Members with Ohio Task Force 1 originally traveled down to Florida on June 30, just a few days after the building collapsed.

Over the past almost two weeks, the group has helped to search through more than 14 million pounds of rubble and debris.