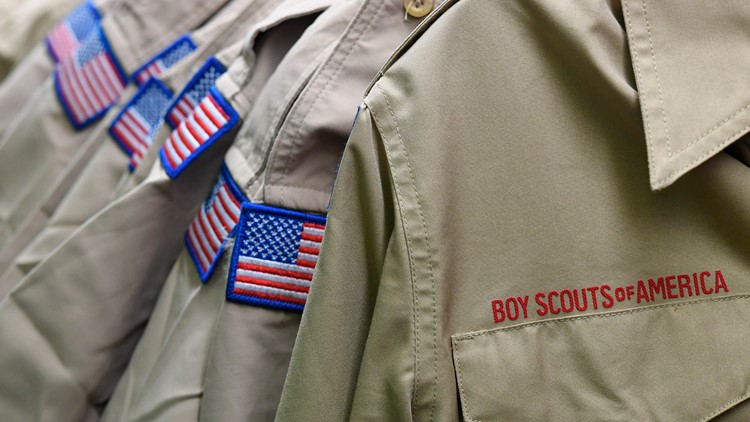 The hearing was scheduled to start Wednesday, but will now be delayed until Sept. 21.

DOVER, Del. — Attorneys for the Boy Scouts of America are postponing a key bankruptcy hearing that was scheduled to start next week, following a court ruling that casts uncertainty on the future of the case.

Attorneys on Friday filed court papers postponing a hearing until Sept. 21 that had been set to begin Wednesday. The hearing is to determine whether the judge approves a disclosure statement that explains the Boy Scouts’ reorganization plan to creditors. Approval of the disclosure statement is required before creditors can vote on the plan.

The move comes one day after the judge approved BSA’s proposal to enter into an agreement that includes an $850 million fund to compensate tens of thousands of men who say they were sexually abused as youngsters by Scout leaders and others. Importantly, however, she rejected two key provisions of the deal, potentially jeopardizing the agreement that the Boy Scouts had been hoping to use as a springboard to emerge from bankruptcy later this year.

The agreement involves the national Boy Scouts organization, roughly 250 local Boy Scout councils, and attorneys representing some 70,000 men who say they were sexually abused as youngsters decades ago while engaged in Boy Scout-related activities. It is opposed by insurers who issued policies to the Boy Scouts and local councils, attorneys representing thousands of other abuse victims, and various church denominations that have sponsored local Boy Scout troops.

In her ruling, Judge Laura Selber Silverstein refused to grant a request that the Boy Scouts be allowed to pay millions in legal fees and expenses of attorneys hired by law firms that represent tens of thousands of abuse claimants.

Silverstein said she had several concerns about the fee request, including whether an ad hoc group called the Coalition of Abused Scouts for Justice is duplicating efforts by the official victims committee appointed by the U.S. bankruptcy trustee, and whether the coalition is making a substantial contribution to the case. She also noted that any payment of legal fees by the Boys Scouts, or by the victims fund, to attorneys for abuse claimants “comes directly or indirectly out of their clients pockets, and indeed the pockets of all abuse victims.”

Silverstein also denied the BSA’s request under the agreement for permission to withdraw from an April agreement in which insurance company The Hartford would pay $650 million into the fund for abuse claimants in exchange for being released from any further liability. The judge said the Hartford settlement was a separate issue from the agreement, and that the BSA’s attempt to use the agreement as a vehicle to back out of that deal was improper.

The ruling was a setback for the Boy Scouts and supporters of the agreement, who argued that the fee arrangement and withdrawal from The Hartford settlement were critical components of the deal.

The Boy Scouts, based in Irving, Texas, sought bankruptcy protection in February 2020 in an effort to halt hundreds of individual lawsuits and create a huge compensation fund for thousands of men who were molested as youngsters by scoutmasters or other leaders. Although the organization was facing 275 lawsuits at the time of the filing, it is now facing some 82,500 sexual abuse claims in the bankruptcy case.

Under the agreement, the Boy Scouts would contribute up to $250 million in cash and property to a fund for victims of child sexual abuse. The local councils, which run day-to-day operations for Boy Scout troops, would contribute $600 million. In addition, the national organization and local councils would transfer their rights to Boy Scout insurance policies to the victims fund. In return, they would be released from future liability for abuse claims.

Attorneys for insurance companies and organizations that have sponsored local Boy Scout troops argue that the agreement and proposed reorganization plan strip them of their rights to defend themselves against abuse claims. They also say the Boy Scouts have failed to provide critical information that claimants and other creditors need to see before deciding whether to approve any reorganization plan.