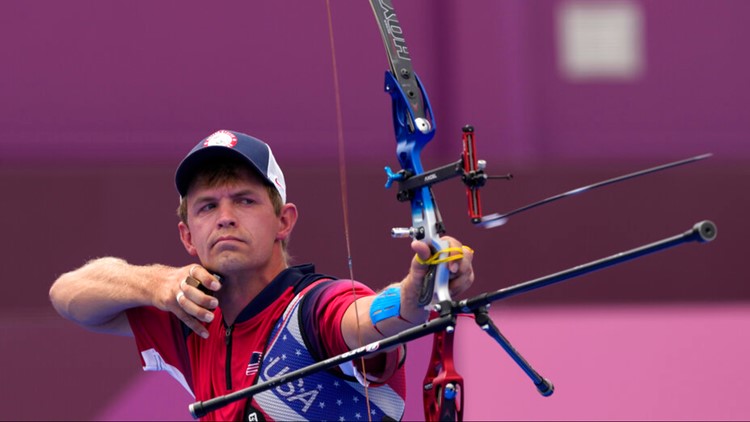 TOKYO, Japan — Editor’s note: Video in the player above offers a wrap up from the biggest events at the Tokyo Olympics for Friday, July 30.

It’s the end of the road for Massillon native Jacob Wukie at the Tokyo Olympics. He was eliminated in the Round of 8 Friday night (EST) by a score of 3-7 against fellow American Brady Ellison. The pair of Team USA competitors exchanged a hug after Wukie was eliminated.

Wukie had advanced earlier this week after winning two rounds of competition early Thursday morning. First, he beat Andres Aguilar of Chile and then moved on to win against Agata Riau Ega Salsabilla of Indonesia.

This was Wukie’s second Olympics appearance after previously competing and winning a silver medal in London during the 2012 Games.

Wukie currently residents in Fremont, Ohio, according to TeamUSA.org.

3News reported last week that Wukie placed 47th in the men’s individual archery ranking round after notching 22 10s (arrows inside the yellow ring on the target) along with five Xs — or bulleseys — to finish with a score of 649.