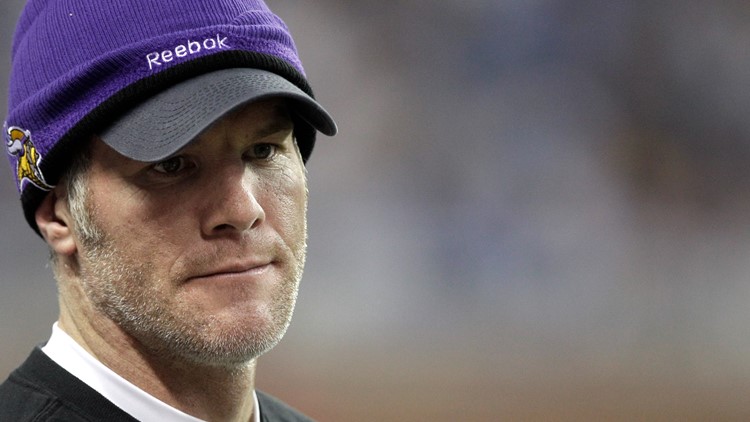 The NFL icon warned about repeated head injuries, especially at a young age, and is educating people chronic traumatic encephalopathy, or CTE.

Editor’s note, the video above is from February 2021.

Pro Football Hall of Fame quarterback Brett Favre is asking parents to be aware of the dangers of head injuries in sports like the one that made him a household name, asking them not to allow kids under 14 to play tackle football.

Favre is promoting a powerful PSA that has just been released by the Concussion Legacy Foundation, which says that when children play tackle football they before more and more likely to develop a potentially fatal condition known as chronic traumatic encephalopathy, or CTE.

Is letting your child play tackle football before age 14 ever a good idea? Brett Favre says no. https://t.co/E6rav9nO1p pic.twitter.com/gOKjZAefO0

The Concussion Legacy Foundation, in a Twitter thread, pointed to a 2019 Brain Bank study which said that the chances of developing CTE might increase by 30% per year of tackle football played.

Favre has partnered with the Concussion Legacy Foundation to not only support athletes, but also veterans, and anyone who has been affected by concussions or CTE.

The National Institute of Neurological Disorders and Stroke describes encephalopathy as any diffuse disease of the brain, which alters its function or structure. The Alzheimer’s Association says that CTE is “progressive and fatal,” and is “associated with repeated traumatic brain injuries,” which includes concussions as well at repeated blows to the head.

Traumatic Brain Injuries, or TBIs, have been shown to raise the risk of developing dementia later in life by up to two to four percent if people experience TBIs in early to midlife the Alzheimer’s Association notes.

Favre, in an interview with TODAY on NBC said, “I don’t know what normal feels like. Do I have CTE? I really don’t know,” he said. “Concussions are a very, very serious thing and we’re just scraping the surface of how severe they are.”

Chris Nowinski, a co-founder and CEO of the Concussion Legacy Foundation warned of the urgency of this message to parents saying, “It’s time to accept that CTE is not just a risk for professional and college football players, but also for high school players, and the best way to prevent CTE among football players is to delay the introduction of tackle football.”

Favre started his 20-year football career as a quarterback at Southern Mississippi before being drafted by the Atlanta Falcons in the 1991 NFL Draft. He played for the Green Bay Packers and was pushed into action after starter Don Majikowski was injured, according to the Pro Football Hall of Fame.