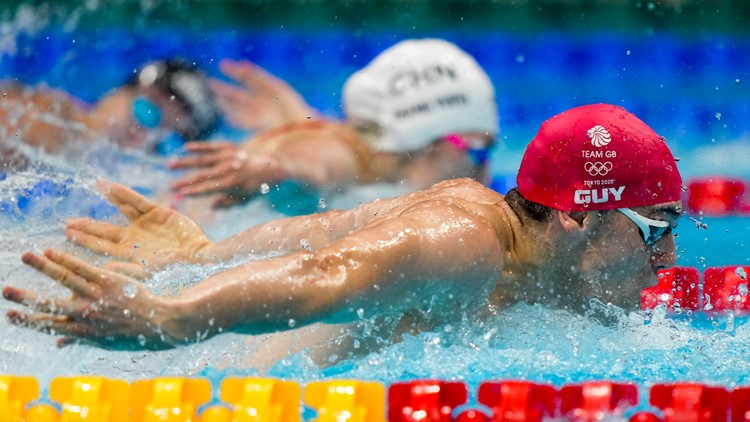 The teams get to decide who swims each stroke.

Each team gets to decide who swims which part of the race. The Americans tried a different strategy than everyone else, going with Dressel on the freestyle while the other seven teams all closed with a woman.

When 18-year-old Torri Huske passed off to Dressel after the butterfly leg, the Americans were more than 7 seconds behind the leaders in last place.

That was too daunting even for the world’s greatest male swimmer. Dressel turned in the fastest time, of course, but it wasn’t nearly enough to chase down all the teams ahead of him.

While there are no restrictions on whether a man or woman swims which stroke, there are some general strategies that teams follow at the highest levels for the mixed relay.

Most teams put a woman on the final freestyle leg because the time difference between women and men is generally less on that stroke than the other three. The Americans switched things up with Dressel the only man to swim the final leg.

Coaches are looking for the fastest combination of swimmers in the four strokes. Swimmers negotiate extremely choppy water throughout the eight-lap race. A team that leads off with two men can build a big lead if others go with a different lineup. Things get so hectic, it’s often hard to tell who’s ahead.

“You might be leading by a lot at 100, but then someone else might take over,” Peaty said, “and that’s just the fun of it.”

In a sport known for its traditionalism, adding a mixed event to the Olympics initially had its critics. But Peaty views it as a chance to modernize and raise swimming’s entertainment value.