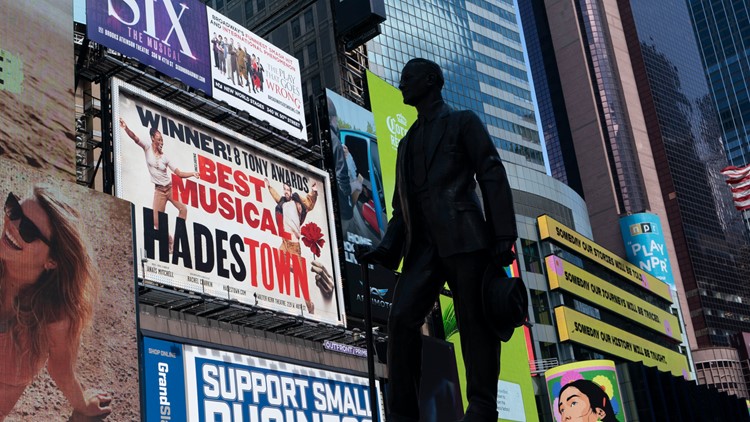 The vaccination and face mask policy will remain in place for all Broadway shows through at least the end of October.

NEW YORK — The Broadway League has announced that all 41 Broadway theatres in New York City will require COVID-19 vaccination proof for all audience members, performers, and crew.

Guests will also have to wear masks, unless eating or drinking in designated locations.

There will be exceptions to the vaccine rule for children under 12, who are not yet eligible for any of the approved shots, and for people with a medical condition or religious belief that prevents vaccination, the theater operators said on Friday. Those individuals will need to show proof of a negative COVID-19 test.

“As vaccination has proven the most effective way to stay healthy and reduce transmission, I’m pleased that the theatre owners have decided to implement these collective safeguards at all our Broadway houses,” Broadway League President Charlotte St. Martin said.

The owners & operators of all 41 Broadway theatres in New York City have announced a vaccination and mask policy for audiences in effect through October 31, 2021.https://t.co/X4XU5sKXmH pic.twitter.com/XJ9SoL9Xox

Broadway is celebrating its first show back in theatres on Wednesday, with Antoinette Chinonye Nwandu’s “Pass over.” It will be held at the August Wilson Theatre, and debuts several weeks before any other show.

Ticket holders for performances scheduled through Oct. 31 will be notified of the vaccination policy, Broadway League officials said. For performances in November 2021 and beyond, the theater operators will review the policy and made changes if science dictates, they said.

Associated Press contributed to this report.