Home » Browns vs. Giants 2021 preseason: How to watch, stream, odds 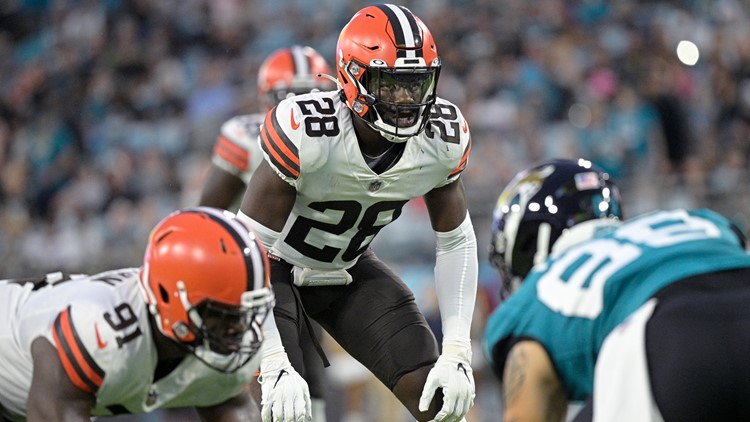 The Cleveland Browns will host the New York Giants in their second preseason contest on Sunday, Aug. 22.

The Cleveland Browns will host the New York Giants at FirstEnergy Stadium for their second 2021 preseason game on Sunday.

What follows is everything you need to know about the Browns’ second matchup of the 2021 preseason:

Game info, how to watch on TV, betting line:

After beating the Jacksonville Jaguars 23-13 in their preseason opener last week, the Browns will return to action for the lone home game of their 2021 preseason slate. In doing so, Cleveland will face a Giants team that it’s already become familiar with following two joint practices at the Browns’ team facility in Berea this past week.

While Friday’s joint practice between the Browns and Giants was especially chippy, with a scuffle breaking out between Cleveland defensive back Troy Hill and New York wide receiver Sterling Shepard, Sunday’s exhibition will likely be light on big names. For the second consecutive week, Browns head coach Kevin Stefanski intends to sit most of his starters, opting instead to rely on his team’s reserves.

That, however, doesn’t mean there won’t be plenty to watch for with Cleveland rookie linebacker Jeremiah Owusu-Koramoah looking to build on his strong preseason debut. As for the Browns’ offense, third-string quarterback Kyle Lauletta will also look to build on his momentum and potentially challenge veteran Case Keenum as Baker Mayfield’s top backup.