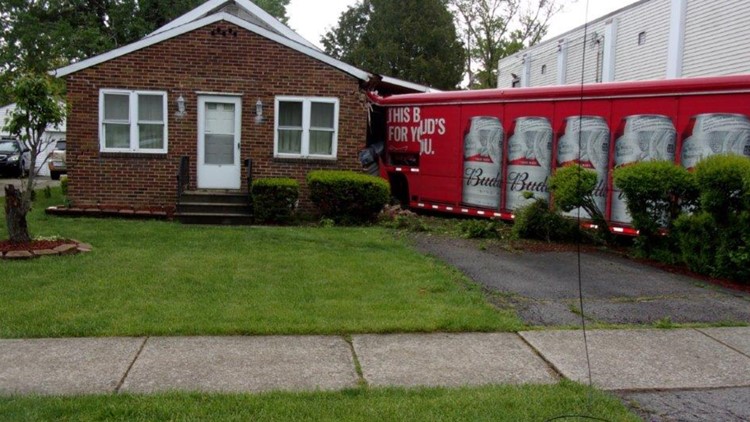 AVON LAKE, Ohio — Editor’s note: the video in the player above is from a previous story.

A Budweiser truck crashed in a residence in Avon Lake last Friday morning in a crash that resulted in the driver of the truck being hospitalized.

The lone resident inside the house at the time was unharmed.

According to Avon Lake Police, the Budweiser truck was northbound on Lear Road and swerved to avoid crashing into a car eastbound on Electric Boulevard that had failed to stop at the intersection and proceeded to smash into the side of the house. The driver of the car was cited for failure to yield right of way

Per police, the driver of the beer truck was taken to the hospital with minor injuries. The house was left uninhabitable as a result of the significant damage.