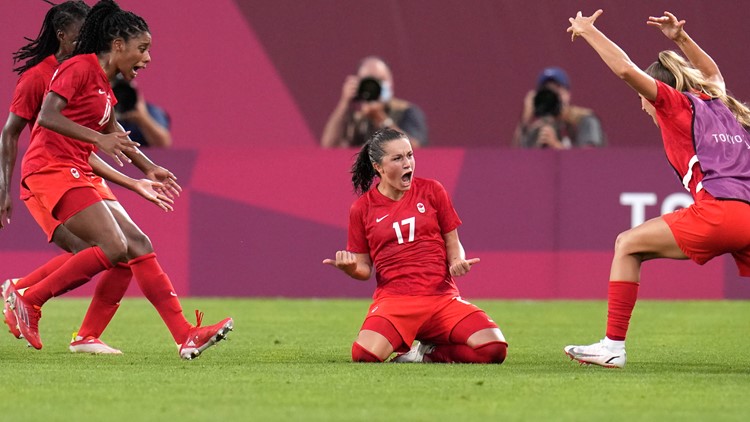 Jessie Feming scored on a penalty kick in the 74th minute and Canada knocked the United States out of gold medal contention in the Olympic women’s soccer competition with a 1-0 semifinal victory.

Canada will face the winner of the late semifinal in Yokohama between Sweden and Australia. The gold medal match is set for Friday at the Olympic Stadium in Tokyo.

It was the second time the United States has been knocked out of medal contention at the Olympics. At the 2016 Games, it was defeated by Sweden in the quarterfinals.

Canada had not won against the United States since 2001.

The U.S. had an uncharacteristically uneven tournament, starting with a 3-0 loss to Sweden that snapped a 44-game unbeaten streak, and a scoreless draw with Australia in the group stage.