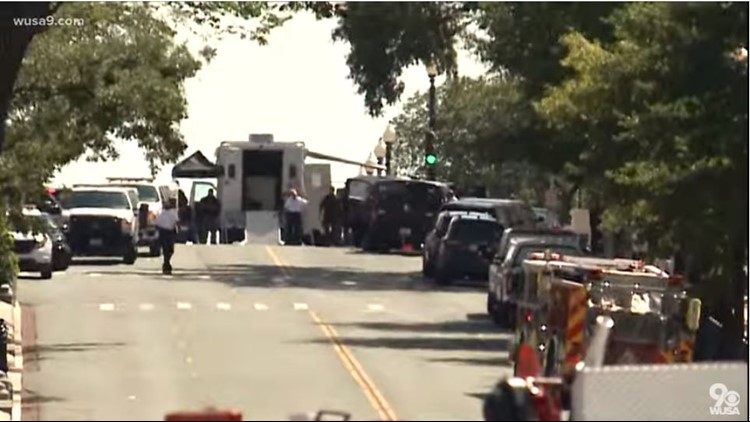 WASHINGTON — Police are investigating a report of a possible explosive in a truck near the Library of Congress (LOC) Thursday morning. The area is being evacuated, police sources said.

The U.S. Capitol Police also tweeted about the incident, saying that the incident is an active bomb threat investigation.

WUSA9’s Bruce Leshan spoke with police sources who told him that there is a person in a truck claiming to have explosives in the vehicle and a detonator in their hand. He said authorities have called negotiators to the area to try and de-escalate the situation.

USCP urged the public to steer clear of the area for now to avoid road closures and to allow police to investigate without disturbance.

Buildings near the LOC are being evacuated. According to sources, staffers in two House buildings are being asked to relocate. The Senate and House are not in session, and most lawmakers are not in their offices.

Here’s a live look at the scene:

This story is developing. WUSA9 will continue to update this story as additional information becomes available

NOW: The USCP is responding to a suspicious vehicle near the Library of Congress.

‘This variant does not discriminate’ | Dad of infant dies of COVID; widow says he refused to get vaccinated
Woman fatally struck at Heinen’s parking lot in Shaker Heights
Comment