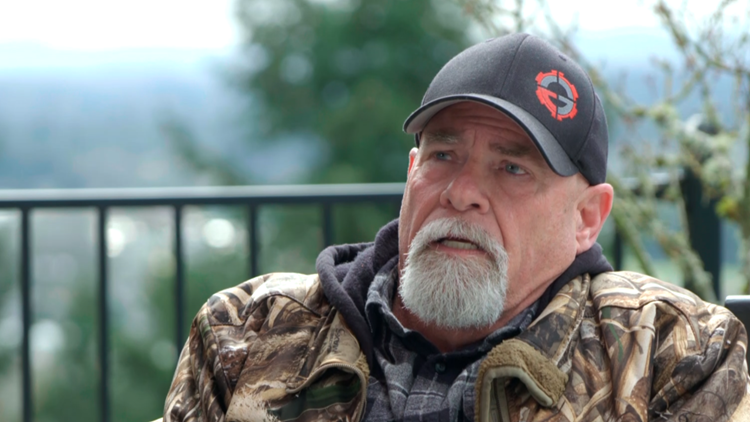 Federal prosecutors argued Jeff Grace should be prohibited from possessing any firearms, weapons or destructive devices while awaiting trial.

PORTLAND, Ore. — Federal prosecutors are seeking stricter restrictions for a Battle Ground man charged in connection with the January 6th Capitol riot after he participated in violent clashes with counter-protesters last weekend in downtown Portland.

Prosecutors proposed new conditions of release after Grace appeared in videos and photos posted on social media carrying a firearm and what appears to be a baton during clashes between anti-fascists and far right extremists in downtown Portland over the weekend.

“This modification is necessary in light of Grace’s escalating behavior and his willingness to bring his firearm and other weapons to engage in pre-planned conflicts,” wrote special assistant U.S. Attorney Mona Sedky.

KGW has reached out to Grace for comment and will update the article if we hear back.

Grace, 62 is currently facing misdemeanor charges after entering the U.S. Capitol during the Jan. 6 riot. His son, Jeremy Grace, is facing similar charges.

In March, Grace told KGW he got separated from his son after a pro-Trump rally and walked with others to the Capitol and entered through an open door.

Grace is facing up to a year in prison after federal prosecutors charged him with unauthorized entry or remaining in a restricted building.

“Yes, it was illegal,” Grace admitted in an interview with KGW in March.

According to an FBI affidavit, photos and video show the father and son posing together inside the Capitol Rotunda.