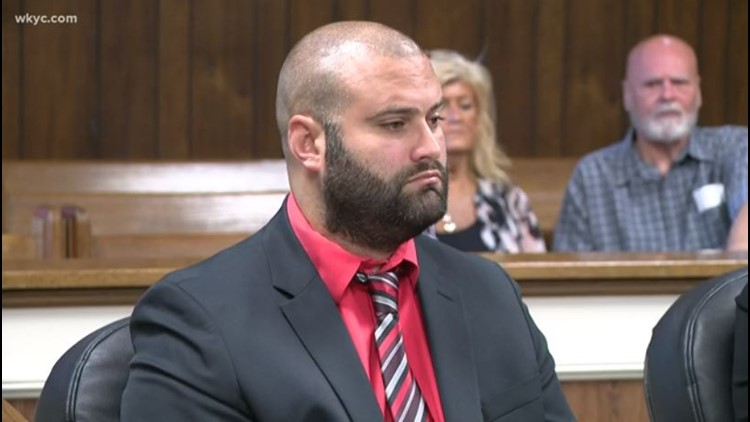 George Gresko faces felony charges of tampering with records and unauthorized use of a computer, cable or telecommunication property.

CHARDON, Ohio — The head football coach of Middlefield’s Cardinal High School was in court Wednesday morning where he pleaded not guilty to a pair of felony charges connected to allegations that he changed student grades.

George Gresko faces charges of tampering with evidence and unauthorized use of a computer, cable or telecommunication property. Both are felonies. The first carries a possible prison sentence of nine to 36 months with a maximum fine up to $10,000. The second charged could bring six to 12 months in prison with a fine up to $2,500.

3News reported last week that the Mentor native is accused of changing students’ grades without the permission or knowledge of administrators.

The Cardinal Local School District placed Gresko on administrative leave after Middlefield police began investigating allegations of illegal grade tampering. Superintendent Bill Kermavner was the one who forwarded the allegations to detectives, and the indictment alleges the actions took place between January and April of this year across multiple classes.

We streamed the entire court hearing live, which you can watch in full below:

SUBSCRIBE: Get the day’s top headlines sent to your inbox each weekday with the 3News to GO! newsletter

Gresko has been the Huskies’ head coach since 2019, posting a record of 6-14 in two seasons. The Eastlake North High School graduate previously served as quarterbacks coach at Kenston, where he helped the Bombers win the OHSAA Division III state championship in 2018.

“The school district is aware of the criminal indictment issued today, Wednesday, June 23, against George Gresko. At this time, the district investigation continues into the conduct related to the charges against Mr. Gresko, and we are unable to comment further at this time.”