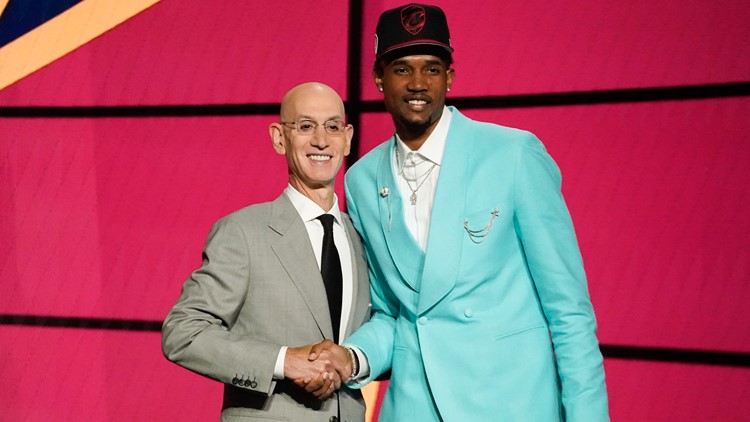 CLEVELAND — EDITOR’S NOTE: The video in the player above originally aired before the draft

Cleveland’s decision to draft Mobley was largely expected, with ESPN’s Adrian Wojnarowski reporting earlier on Thursday that the Cavs were “trending” toward picking the 20-year-old big man. As was also expected heading into Thursday’s draft, the Detroit Pistons used the top pick on Oklahoma State guard Cade Cunningham while the Houston Rockets selected NBA G League Ignite guard Jalen Green with the No. 2 pick.

Cleveland’s fourth lottery selection in as many years, Mobley is a 7-foot, 210-pound center with exceptional athleticism, a strong playmaking prowess and promising upside as a shooter. Appearing in 33 games during his lone season at USC, the 20-year-old big man averaged 16.4 points, 8.7 rebounds and 2.9 blocks en route to being named the Pac-12’s Player of the Year, Defensive Player of the Year and Freshman of the Year, as well as a consensus second-team All-American.

In joining the Cavs, Mobley joins a young core that currently includes Cleveland’s previous three lottery picks in guards Collin Sexton and Darius Garland and forward Isaac Okoro and potentially center Jarrett Allen, who is set to become a restricted free agent this offseason. Depending on veteran forward Kevin Love’s future with the franchise, Mobley could potentially slot in as the Cavs’ starting power forward and/or share minutes with Allen if re-signed.

Cleveland entered Thursday’s draft only laying claim to the No. 3 pick.