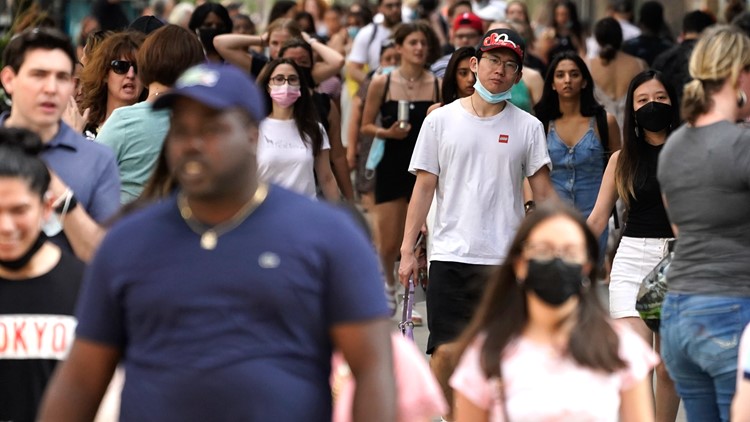 The move is the first change in the mask policy for public transit that the CDC announced in January.

WASHINGTON — The U.S. Centers for Disease Control and Prevention announced Thursday it will no longer require travelers to wear masks while outdoors at transportation hubs or in outdoor areas on ferries, buses and trollies.

The move is the first change in the mask policy for public transit that the CDC announced in January. According to Reuters, the change came after extensive talks with transit unions and other groups.

The rule change means people will no longer need to wear masks outdoors on a ferry, on open-air trolleys or buses, or while in outdoor spaces at airports and other transit hubs.

Back in April, the requirement to wear a face mask on public transportation was extended until at least Sept. 13.

The CDC said in May that fully vaccinated people no longer need to wear masks outdoors and in most indoor settings.

As part of Thursday’s updated rules, the CDC stressed that it continues to recommend those who aren’t fully vaccinated still wear masks in outdoor transit areas.

The Biden administration is also reportedly considering small changes to the indoor transit mask policies, according to Reuters, which would include potentially allowing vaccinated airline employees to remove their masks in rooms not accessible to the public.