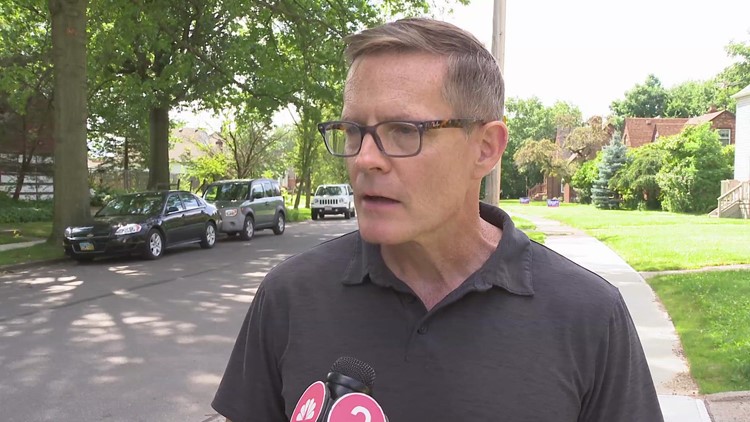 Kelley, who is also running for mayor, also pushed back on criticism that Johnson’s crimes happened under his watch.

CLEVELAND — Longtime Cleveland City Councilman Ken Johnson is no longer a member of the city’s legislative body, having lost his seat following his conviction on 15 federal corruption charges Friday.

By law, convicted felons cannot serve in City Council, making Johnson’s ouster automatic as soon as the jury read its verdict. The Ohio Supreme Court had suspended him from acting in his role since April.

Following the trial’s conclusion, 3News caught up with City Council President Kevin Kelley, who stressed that a permanent replacement will soon be appointed to fill Johnson’s Ward 4 seat. Marion Anita Gardner has been serving there in an interim basis since Johnson’s suspension.

“The jury has spoken on the matter of Ken Johnson,” Kelley, who is also running for Cleveland mayor, said. “He no longer a member [of Council], and his pay will stop immediately.”

Prosecutors had accused Johnson of filing phony expense reports over a period of about a decade, a scheme that bilked city taxpayers out of roughly $150,000. Kelley says after he learned of what Johnson had been doing, his office stopped certain line-item practices and also brought in an independent firm to audit the city’s processes.

“We looked at every members expense reports,” he said, “and we put in place new processes, new procedures, new guardrails to make sure that every expense, every public nickel that was being spent was being done so appropriately.”

Kelley also pushed back on criticism of himself, seeing as Johnson’s crimes happened under his watch as president. He took credit for immediately repealing policies that set the stage for the corruption, and also for hiring the people who recommended more changes.

“This thing that Mr. Johnson was doing long predates me; it goes back many council presidents, and I’m the one that stopped it,” Kelley declared. “I don’t approve expense reports, I don’t do the day-to-day accounting of the office. I do the legislative side.”

Johnson, who had served on the council since 1980, faces up to 10 years in federal prison.