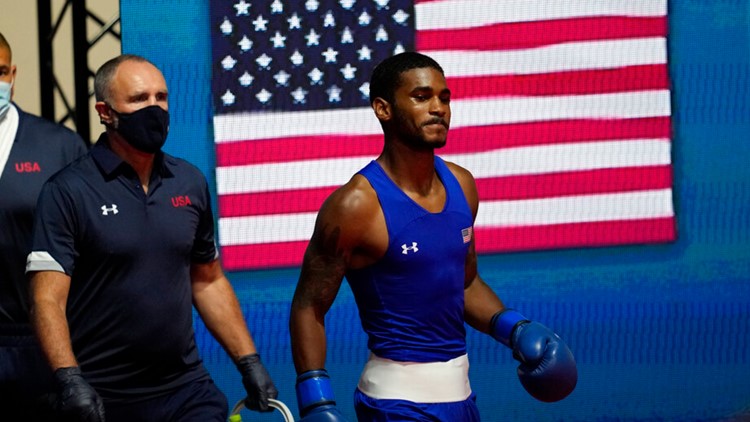 TOKYO, Japan — Editor’s note: The video interview with “Tiger” Johnson at the top of this story was originally published before the Tokyo Olympics began.

As a result, Johnson has been eliminated from the competition.

This comes after Johnson won his first two fights in the Tokyo Olympics as follows:

“I definitely appreciate everybody that’s supporting me,” Johnson told 3News on Monday before his second fight. “I feel like that’s something everybody needs. Big shout outs to Cleveland.”

Competing in the Olympics is something he’s dreamed of.

“Right after Charles Conwell finished, it was up to me to be the next Olympian,” Johnson told 3News before the Olympics began. “World Championships, after that Youth Championships, older guys in that tournament. I was the youngest one and had to compete against guys 30, 31. I won that and made USA Team and elite national team, and it’s been a journey since then.”