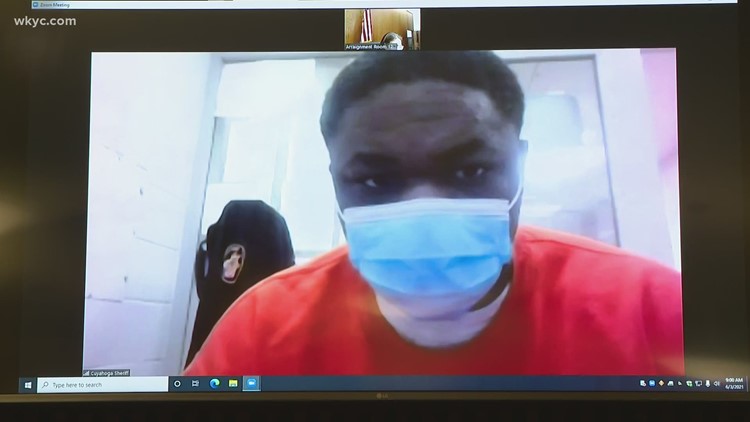 During the brief hearing, McDaniel pleaded not guilty and the judge set his bond at $1 million with a pretrial scheduled for Wednesday, June 9 at 9 a.m.

Thursday’s arraignment was held after a new indictment was issued last week, which added capital murder specifications to the case – meaning McDaniel could face the death penalty if convicted.

McDaniel is charged in the murders of Detective Skernivitz, 53, and informant Scott Dingess, 50, last September as the two men prepared for a drug operation.

The male juvenile suspects, who were 15 and 17 years old at the time of the shooting, have been charged with aggravated murder in Cuyahoga County Juvenile Court. Prosecutors have indicated that they could face trial as adults.