The Cleveland Indians announced on Friday that they will change their name to the Cleveland Guardians following the 2021 season.

CLEVELAND — In addition to announcing what they’ll be changing their name to following the 2021 season, the Cleveland Indians also shared what their uniforms will look like when they become the Cleveland Guardians next year.

Shortly after unveiling their new name on Friday morning, the Indians also revealed uniform mockups to accompany the Guardians’ name. If the Guardians’ threads look familiar, that’s because they are hardly a drastic departure from the Indians’ current look, with the team continuing to wear their nickname in a script font on a white uniform at home and “Cleveland” block lettering on a gray uniform on the road.

Additionally, the Guardians’ will be keeping a red home alternate uniform and navy blue road alternate, just as the Indians have worn since the start of the 2019 season. The uniforms will feature the franchise’s new Bridge Print alphabet, which “represents the unique characteristics of Cleveland with angular letters and numbers that mimic the architecture of the Hope Memorial Bridge and the Guardian of Traffic,” according to the team.

As for their caps, it appears that the Guardians will continue to wear a navy blue cap with a red brim at home and an all-navy cap on the road. Rather than the Indians’ current block ‘C’ logo, it will feature the Guardians’ new diamond ‘C’ logo from the franchise’s Bridge Print alphabet.

You can see the Guardians’ uniform mockups that were released by the team in the slideshow below.

See what the Cleveland Guardians’ uniforms will look like 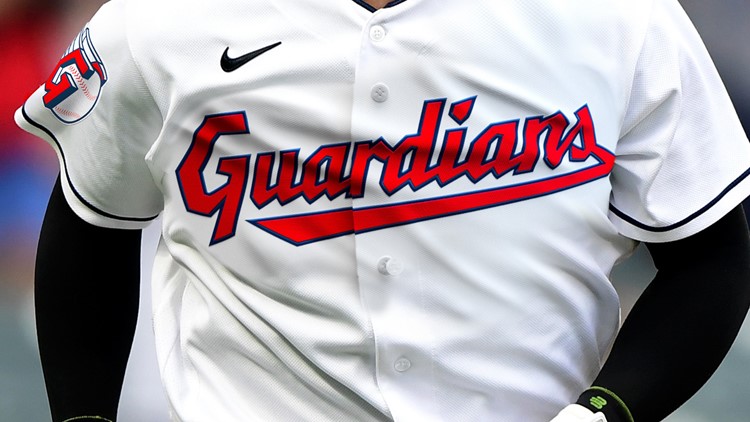