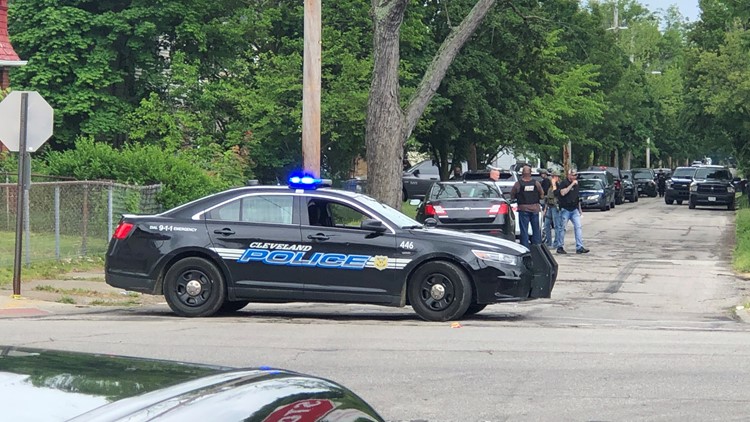 36-year-old Donta Dixon safely surrendered after a three-hour stand off on Thursday.

The Northern Ohio Violent Fugitive Task Force and the Cleveland Division of Police arrested a man wanted for the murder of two people on Thursday.

36-year-old Donta Dixon was wanted by Cleveland Police on two charges of murder and felonious assault and by the Cuyahoga County Sheriff’s Department for weapons violations.

“I am very proud of all the officers who responded to the scene today, the officers did everything they could to bring a very dangerous situation to a peaceful resolution. This fugitive has terrorized the community over the past two months, and we are thankful to have him behind bars,” said U.S. Marshal Pete Elliott.

According to officials, police responded to the area of West 54th Street and Storer Avenue for reports of shots fired on March 16. At the scene they found the bodies of Stephanie Lee, 29 and Alonzo Lewis, both suffering multiple gunshot wounds. Both victims succumbed to their injuries.

Police say Dixon also allegedly fired a rifle at a woman several times while she drover her car on May 7. Following the shooting, Dixon led police on a foot and vehicle pursuit, however, it was called off when he got on I-90.

Warrants were issued for his arrests after both incidents.

Armed with warrants, the NOVFTF began investigating Dixon’s whereabouts and offered a 5,000 reward for information leading to his arrest.

On Thursday, the task force was able to identify Dixon’s potential hideout. Officials responded to a home in the 3700 block of East 144th Street and were able to confirm that Dixon was inside.

The Cleveland SWAT team responded to assist officers at the scene. After more than three hours barricaded inside the home, Dixon safely surrendered to law enforcement.

A firearm was recovered from the home. Dixon was transported downtown to be interviewed by Cleveland homicide detectives.

This is a developing story, stay with 3News for updates as they became available.