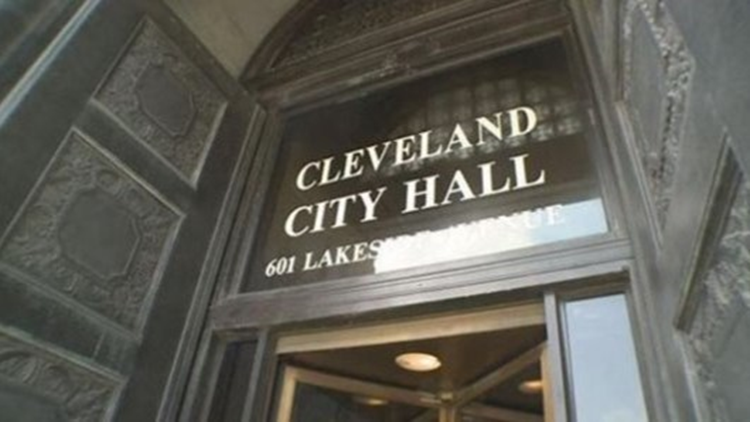 Alexander Lackey followed victim and posted a picture of himself and victim hugging in a window of his home visible to neighbors, prosecutor says

CLEVELAND — Alexander Lackey, an aide to Cleveland Mayor Frank Jackson charged with raping and sexually abusing a woman, is back in jail after violating terms of his release while awaiting trial.

Cuyahoga County Assistant Prosecutor Jennifer King said in a motion filed this week that Lackey, 36, has demonstrated obsessive behavior toward the victim, a 19-year-old immigrant.

On May 11, Lackey followed the victim after she left a landscaping job on Lorain Ave. in Cleveland, the prosecutor wrote in court papers. The victim noticed Lackey and made several turns outside her normal route home to confirm she was being followed. The victim then stopped on Valley Parkway in the Metroparks, called the police and took a picture of Lackey, who was in a car with another woman and drove away.

The Cuyahoga County Sherriff’s Department used Lackey’s GPS ankle monitor – which he is required to wear as part of his release – to confirm that he had crossed paths with the route described by the victim.

“This is indicative of obsessive and unstable behavior that no amount of GPS monitoring can curtail,” King wrote.

Lackey’s attorney, Henry Hilow, disputes the prosecutor’s narrative. His motion opposing the revocation of Lackey’s bond was not available online. But Hilow, who is out of town, said in a phone call that Lackey regularly runs in the park at that location and earlier that day had checked in about going there. He said any crossing of paths between the two was coincidental. As for the picture in the window, he said Lackey believes neighbors have been spying on him and he posted the picture to test the theory.

Cuyahoga County Common Pleas Court Judge Kelly Ann Gallagher ordered Lackey back to jail on Wednesday following a hearing on the matter. She reduced Lackey’s bond to 10 percent last month after another judge required Lackey to pay the full $100,000 bond to get out. At the time Gallagher reduced the bond, she ordered Lackey to wear a GPS monitor, surrender his passport and stay away from the victim.

Lackey, who has pleaded not guilty to all the charges, was hired by the city of Cleveland in December 2014 as a special assistant to Jackson. His latest job was helping coordinate the city’s programs with international delegations and art and cultural projects. He has been on paid leave since his arrest, according to statement from the City Hall issued last month. His annual salary is $67,000. 3News asked City Hall for an update on Lackey’s employment status. This post will be updated with its response.

Lackey was jailed April 7 after he was indicted in March in secret. His charges were first revealed by 3News.

Lackey is charged with five counts of rape, three counts of sexual battery and one count of domestic violence. According to the indictment and police records, Lackey abused the woman at his home in the Kamm’s Corner neighborhood between October 2018 and January 2019. The prosecutor has said the abuse began when the victim was 17 years old. The prosecutor said last month Lackey was indicted in secret because Lackey traveled for his job and viewed him as a potential flight risk.

Editor’s Note: The below video is from a previously published, unrelated story