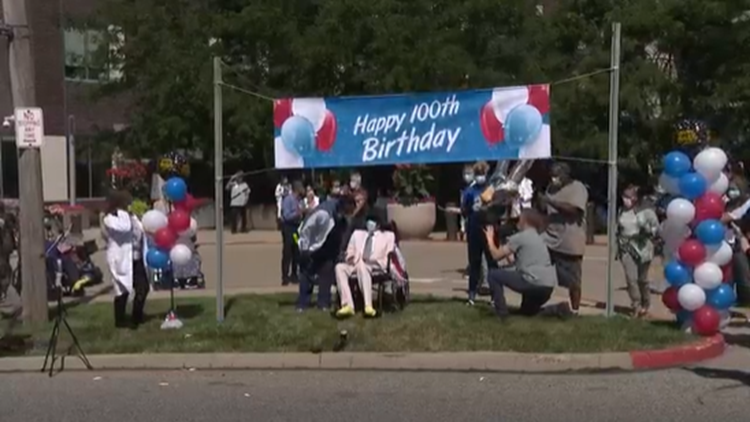 CLEVELAND — Wednesday was a special day for Chester Lloyd, Jr.

The U.S. Army veteran who fought in World War II turned 100-years-old and the Cleveland VA Medical Center decided to mark the occasion with a special suprise car-parade birthday celebration.

The parade of well-wishers for Chester lined up at the intersection of Magnolia and E. 108th Street. From there, VA Police led the cars westbound on East Blvd. toward Martin Luther King Blvd.

Chester Lloyd is currently in hospice care at the VA, but that didn’t stop him from being outside with his caregivers for the surprise.

Chester was joined by his nephew Jackie and close family friend Linda for teh parade. A native of Cleveland Ohio with roots in New Orleans, he spent his time after the Army giving back to those in need. He worked at Glenville High School, helping with at-risk youth. He’s also a huge sports fan, having had season tickets to the Browns, and used to operate the elevator for Cavaliers games. Chester is an avid reader, enjoys history and loves to talk about finance.