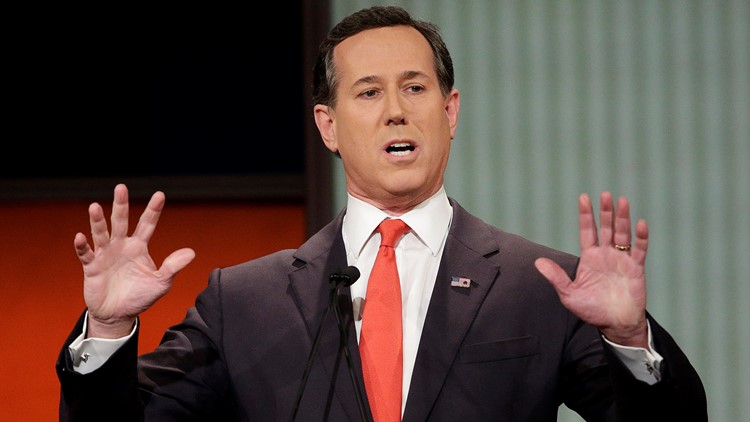 Santorum said immigrants created the U.S. from a blank slate and that, ‘We birthed a nation from nothing,’ angering Native Americans and others.

CNN has cut ties with contributor and former Republican presidential candidate Rick Santorum, according to multiple reports. It comes about a month after a speech in which Santorum said there was “nothing here” when the United States was founded, a comment which angered Native Americans and others.

At an April 23 speech  before Young America’s Foundation, a conservative youth organization, Santorum said immigrants created a nation based on the Judeo-Christian ethic from a blank slate.

Santorum was invited onto Chris Cuomo’s CNN prime-time show to explain himself. Santorum said he “misspoke” in the sense that it wasn’t clear that he was speaking in the context of the founding of the United States government.

“I was optimistic he would own it, he would recognize it and he would apologize,” Sharp said, “but he did none of those things.”

The CNN executive who spoke to Huffington Post indicated that network leadership also was not happy with Santorum’s response on Cuomo’s show.

“None of the anchors wanted to book him,” said the executive, according to Huffington Post. “So he was essentially benched anyway.”