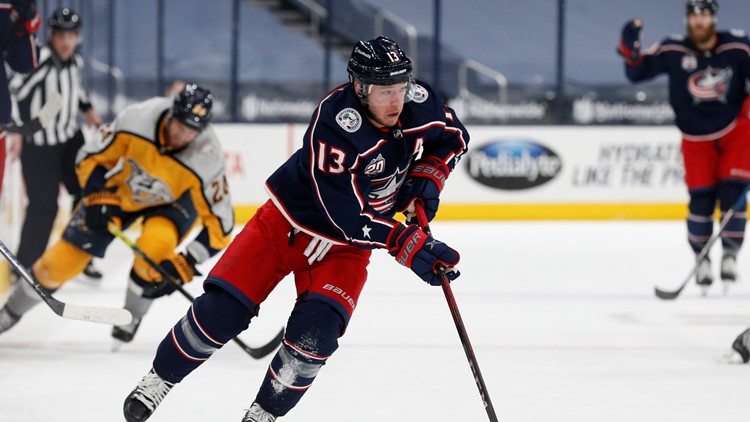 Atkinson has spent his entire professional hockey career with Columbus, scoring 213 goals and 189 assists in 627 games.

The Columbus Blue Jackets announced Saturday that forward and 10-year veteran Cam Atkinson has been traded to the Philadelphia Flyers.

OFFICIAL: The #CBJ have acquired Jakub Voracek from Philadelphia in exchange for Cam Atkinson. pic.twitter.com/MFHy0dr5q5

In return, the team has acquired Flyers forward Jakub Voracek.

“This is a significant trade for our club and we are very excited to Jake Voracek back to the Blue Jackets family,” General Manager Jarmo Kekalainen said in a release. “He is a powerful, dynamic offensive player that will be a significant contributor to our club.”

Atkinson tweeted hours after the trade announcement, saying “Columbus will always hold a big in mine and my family’s heart.”

“To Philly, I can’t wait to rock the Orange and Black! I’m excited to get to work and bring the Cup down Broad Street,” he tweeted.

“Adding a player like (Voracek) comes at a cost and I want to thank Cam Atkinson for his many contributions to the Blue Jackets and Columbus community over the past 10 years,” said Kekalainen. “He has made a lasting impact on our club and I wish he, Natalie and their family all the best.”

Voracek started the first three years of his career with the Blue Jackets when he was drafted in 2007. He has spent the last nine years with the Flyers.