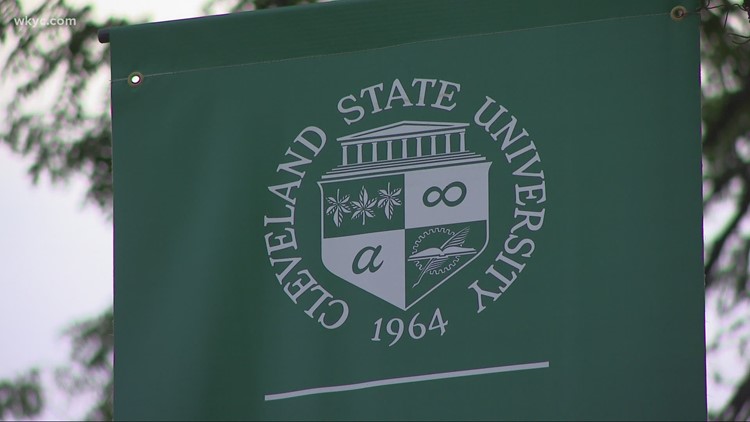 The law takes effect in 90 days, so CSU students living on campus still must be vaccinated when they move in Aug. 16.

CLEVELAND — Despite a new bill signed into law by Gov. Mike DeWine that prevents Ohio’s public schools from mandating coronavirus vaccinations, Cleveland State University has confirmed students living on campus will still have to be fully vaccinated before they arrive this August.

DeWine signed House Bill 244 on Wednesday, which prohibits public schools and colleges in the state from requiring individuals to receive vaccines not granted full approval by the U.S. Food and Drug Administration. The law targets COVID-19 vaccinations (which have so far only received emergency approval) and takes effect in 90 days, and would also prohibit individuals who don’t receive emergency use vaccines from being denied the chance to participate in school activities such as sports.

RELATED: What is the difference between ’emergency-use authorization’ and full FDA approval for COVID-19 vaccines?

Last April, CSU announced it would require all students living on campus to be fully vaccinated. The university issued the following statement Wednesday evening after DeWine signed the legislation:

“Over the last three semesters, our students, faculty and staff have worked hard to keep our community safe. As a result, Cleveland State University achieved one of lowest infection rates among urban universities in the country. As the state begins to emerge from the pandemic, we look forward to fully implementing the new law and resuming normal operations this fall.”

Since the new law doesn’t take effect until Oct. 12, a university spokesperson told 3News that for now, the school’s vaccine requirement will be in effect when students move in on Aug. 16.

“I think there are a lot of biases against the vaccine, based on politics,” Cleveland State sophomore Kelley Broderick said.

If the vaccines receive full FDA approval before the new law takes effect, it would make the language in the law moot.

DeWine, who has been front and center encouraging vaccinations with even millions of dollars in incentives from his Vax-a-Million program, announced the signing of the bill without comment. However, he has previously urged the FDA to fully approve the vaccines, a move he believes will reduce vaccine hesitancy.