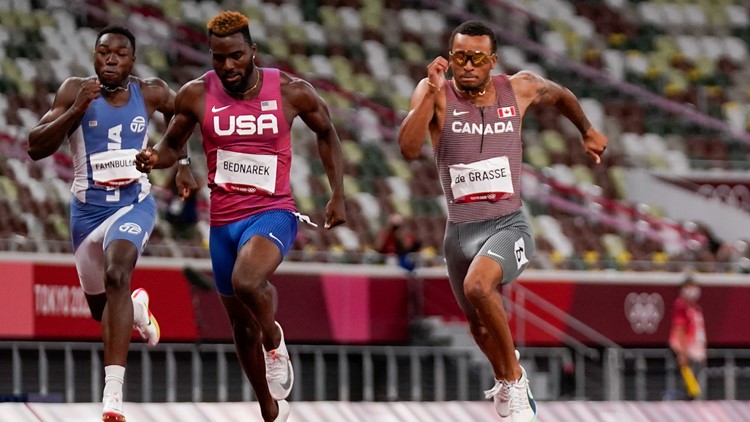 De Grasse won in a national record time of 19.62 seconds, holding off two Americans for the medals.

Erriyon Knighton, the youngest member of the U.S. men’s track team at 17, placed fourth in 19.93.