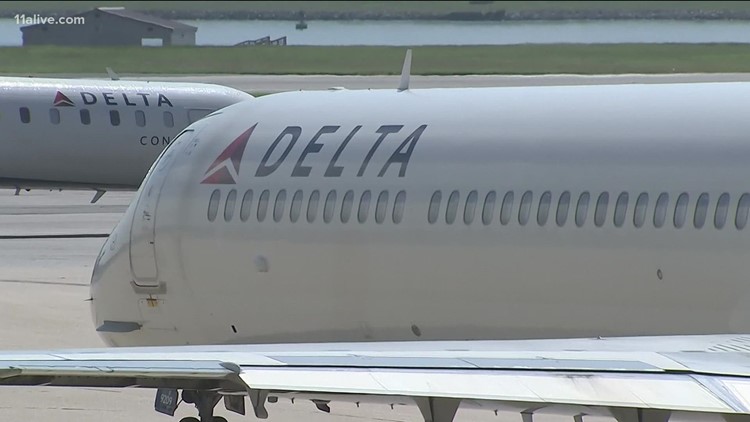 The Atlanta-based airline company told 11Alive’s Bill Liss it will begin to operate its flight on Monday from destinations that include Qatar and Germany.

ATLANTA — Delta Air Lines has committed three long-range aircraft as part of a Pentagon order for American carriers to help transport Americans and Afghan refugees from departure points outside Afghanistan to other countries.

A spokesperson for Delta told 11Alive’s Bill Liss it will add more planes if needed going forward. The company said it will begin to operate its flights on Monday from destinations that include Qatar and Germany to Dulles International Airport in Washington. Delta has assigned two of its Airbus wide-bodied jets and one Boeing 767. They both can carry a total of more than 800 passengers.

The Pentagon also ordered five other U.S. commercial airlines to help move evacuees from temporary sites outside of Afghanistan.

Activating CRAF increases passenger movement beyond organic capability, according to the Pentagon release, and allows military aircraft to focus on operations in and out of Kabul.

In a Sunday morning press release, the U.S. Department of Defense said this is the third CRAF activation since the program began. It was first used from Aug. 1990 to May 1991 to support Operations Desert Shield/Storm and then used from Feb. 2002 to June 2003 for Operations Iraqui Freedom.

“The Secretary greatly appreciates the support of our industry partners in this critical mission,” a press release from the U.S. Department of Defense noted.

The U.S. Embassy issued an additional security warning Saturday telling citizens not to travel to the Kabul airport without individual instruction from a U.S. government representative. Officials declined to provide more specifics about the Islamic State threats but described it as significant.