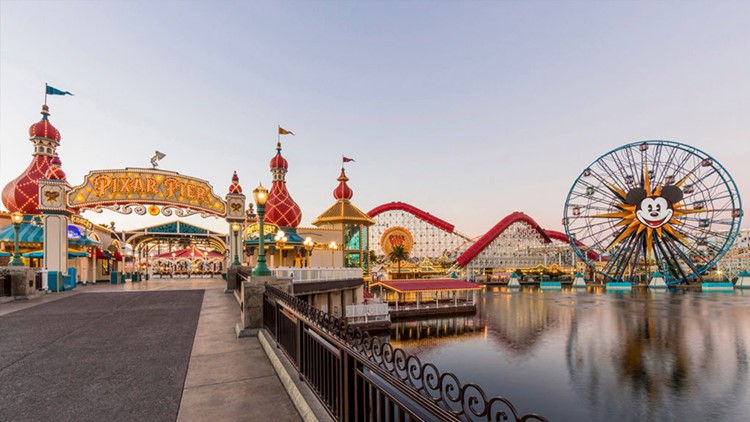 The sandwich is a feature of the upcoming Avengers Campus, and there’s a gimmick relating to a hero of the Marvel Cinematic Universe behind it.

Disneyland is going to start selling a $100 sandwich. But before people start thinking it’s an overpriced meal, it’s not meant for just one person to eat.

The Quantum-sized Pym-ini Sandwich will be served at the Pym Test Kitchen located in the upcoming Avengers Campus.

The sandwich is so large, it serves 6-to-8 people — so, roughly $12-$16 per person. It comes with salami, rosemary ham, provolone and sun-dried tomato spread on toasted focaccia, served with marinara dipping sauce and arugula salad.

If you don’t want to buy all that, a single-sized Pym-ini Sandwich will be offered for $15.

Avengers Campus, which opens June 4, will also feature the Pym Tasting Lab — a place for grown-up beverages. Beer cocktails include the Molecular Meltdown (with Vanilla Ice Cream and topped with Miniature Marshmallows), The Regulator (with Patrón Silver Tequila and Mango Popping Pearls) and the Honey Fusion (with Plymouth Gin and a Honey Straw).

Then there’s the Shawarma Palace, which harkens back to the post-credit scene of the first “Avengers” movie when the team follow’s Tony Stark’s suggestion and gets some Shawarma. Wraps include the “New York’s Tastiest” and “Impossible Victory Falafel.” And for $27.79, you can get an Iron Man Infinity Gauntlet with a bottled Coca-Cola beverage.

Lastly, there is Terran Treats, a food cart located near the Guardians of the Galaxy – Mission:BREAKOUT! feature. The menu features two snacks — the Sweet Spiral Ration which is described as “Like a Terran Pineapple Churro) and the Cosmic Cream Orb, which is “Like a crisp Terran Cream Puff filled with Whipped Raspberry Cheesecake.”