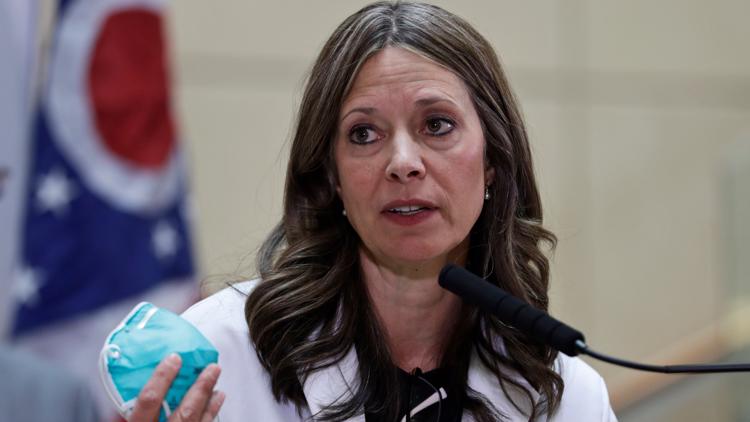 The award, announced by the John F. Kennedy Library Foundation, was given to seven people who have risked their lives to protect others during the pandemic.

Former Director of the Ohio Department of Health Dr. Amy Acton, along with six others, was honored Sunday with the Special Profile in Courage Award for their service during the COVID-19 pandemic.

The awards were announced by the John F. Kennedy Library Foundation May 4. They were given to seven people who have risked their health and safety to protect others during the pandemic.

“This is the courage of everyone on the frontline and I just say thank you so much because it’s an honor to represent the courage in them,” Acton said.

A virtual ceremony will be broadcasted on May 26.

The seven honorees represented the courage and national sacrifice the whole country has witnessed in the past year, according to the museum’s release.

“They inspire us all with their courage and give new meaning to President Kennedy’s legacy of public service,” Kennedy said.

Thousands of people from across the country submitted COVID Courage nominations for those they believe deserve this award most.

“These heroes went above and beyond for their community and our country, and remind us that we all can make a difference if we answer the call to serve,” Schlossberg said.

All seven people who were honored for the award are listed below: