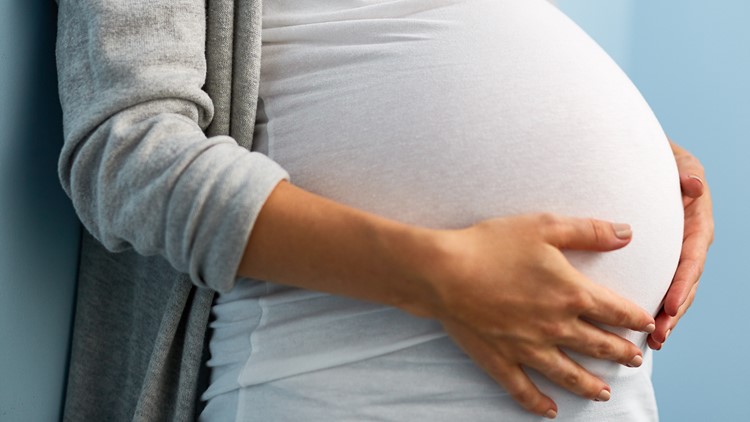 Danielle Zornes is a mother of two. She’s also almost 10 weeks pregnant. To top it off, she’s COVID positive.

Danielle Zornes is a mother of two. She’s also almost 10 weeks pregnant. To top it off, she’s COVID positive.

She says she’s dealt with fatigue and a cough. Even before the diagnosis, she says she didn’t want the vaccine.

“So, me personally, I’d rather not get it because we don’t know any long-term effects,” she said.

A personal choice that plays out in a public spotlight.

“Do you think that people who choose not to get vaccinated are being looked down upon,” 10TV Reporter Bryant Somerville asked Zornes.

She says just this week she was refused service at an urgent care facility because she wasn’t vaccinated.

“The very first question he asked me was are you vaccinated,” she said. “And, I said no [and] he goes well that right there is your very first problem.”

She’s concerned if the vaccine could hurt her or her unborn baby.

“We are recommending that expecting mothers to get vaccinated,” Dr. Mona Prasad said.

Dr. Prasad is a maternal fetal medicine specialist with OhioHealth. She is not Zornes’s physician.

Prasad says she understands the questions and concerns saying she had them, too, at the beginning mostly because the first 30,000 women in clinical trials of the vaccine excluded pregnant women. Now, she says, much has changed.

Just this week, a fully-endorsed recommendation to get the vaccine came from the American College of OB/GYN and the Society for Maternal Fetal Medicine.

Dr. Prasad says the CDC also has a registry of 135,000 pregnant women who have received the vaccine. Of that number, she says about 6,000 have been heavily studied and there have been no safety signals.

As for long-term effects, Dr. Prasad admits it’s an unknown, but says the history of vaccines is a good template to go off of.

“If you look at vaccines, historically, if there’s going to be safety signals that exist from them they occur in the first eight weeks,” she said.

Dr. Prasad also specializes in high-risk pregnancies. Again, she’s not Zornes’s doctor, but Zornes says she had a miscarriage earlier this year, which is all the more reason she wants to play it safe.

As for those who might look at Zornes and assume she’s not doing what is in the best interest of her unborn child, she says every opinion should be valued.

“I’ll just look at them and be like well, I get that everybody has an opinion and nobody should be treated different for their opinion,” she said.

Zornes says her OB/GYN has not encouraged her one way or the other concerning getting the vaccine, recognizing it’s a personal choice.