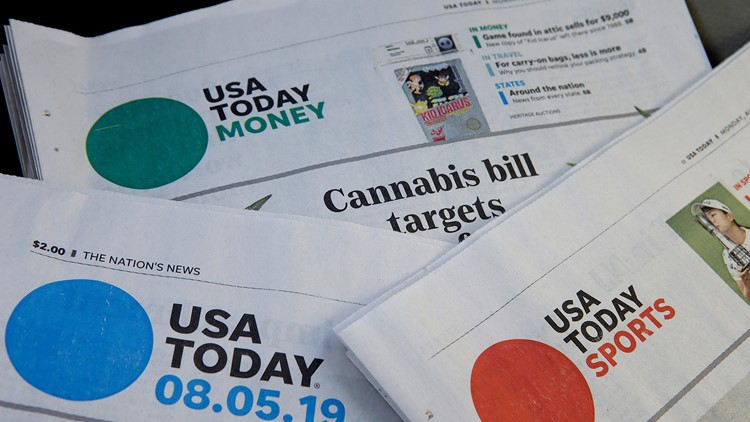 The subpoena sought the IP addresses and mobile phone identification information of readers who clicked on the article for a period of about 35 minutes.

WASHINGTON — The Justice Department is withdrawing its subpoena that demanded USA Today provide information to identify readers of a story about a suspect in a child pornography case who fatally shot two FBI agents in February, the agency said Saturday.

The subpoena was issued in April but came to light this past week when USA Today and https://www.wusa9.com/article/news/nation-world/fbi-subpoena-usa-today-readers-child-porn-agents-shot/507-126f9066-7its parent company Gannett filed documents in federal court asking a judge to quash it. The subpoena sought the IP addresses and mobile phone identification information of readers who clicked on the article for a period of about 35 minutes on the day after the shooting.

The government hadn’t provided details about the case or why it was specifically interested in the readers who clicked on the USA Today story during that brief period. Officials had only said the subpoena was connected to an ongoing federal criminal investigation.

But a federal prosecutor notified lawyers for USA Today on Saturday that the FBI was withdrawing its subpoena because authorities had been able to identify the subject of their investigation — described in an email as a “child sexual exploitation offender” — by “other means.” The prosecutor’s email was included in a court filing by Gannett.

Also on Saturday, the Justice Department said that it no longer will secretly obtain reporters’ records during leak investigations, a policy shift that abandons a practice decried by news organizations and press freedom groups.

The reversal follows a pledge last month by President Joe Biden, who said it was “simply, simply wrong” to seize journalists’ records and that he would not permit the Justice Department to continue the practice. Though Biden’s comments in an interview were not immediately accompanied by any change in policy, a pair of statements from the White House and Justice Department on Saturday signaled an official turnabout from an investigative tactic that has persisted for years.