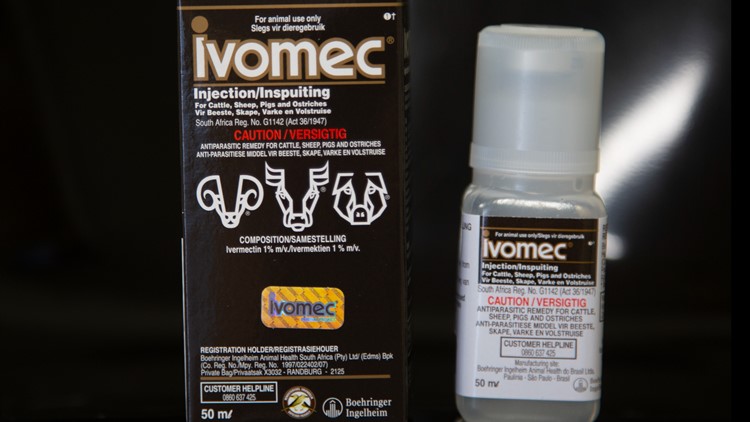 “You are not a horse,” the FDA tweeted, warning against the use of livestock drugs to treat COVID-19.

The U.S. Food and Drug administration has issued a warning after health officials learned some people have been using drugs for livestock to try and treat COVID-19.

This time, the administration is advising against the use of ivermectin, a drug commonly used to treat parasites in animals.

It’s become a problem in Mississippi, where coronavirus cases from the delta variant have skyrocketed over the last few weeks. The Mississippi State Department of Health issued a warning Friday, saying that the state’s poison control center, “has received an increasing number of calls from individuals with potential ivermectin exposure taken to treat or prevent COVID-19 infection.”

Specifically, the department says, Mississippians are purchasing the drug at livestock supply stores and using it to allegedly treat themselves. According to the MSDH, most of the incidents involved people with minor symptoms.

The FDA says it has also received a number of reports of people using the drug. The administration says that ivermectin is approved in small doses for some very specific cases in humans like parasitic worms, and in some topical applications, like for head lice or rosacea.

“There’s a lot of misinformation around, and you may have heard that it’s okay to take large doses of ivermectin,” the FDA warmed. “That is wrong.”

Back in January, the South African Health Products Regulatory Authority approved ivermectin to treat the coronavirus even though regulators acknowledged there was not enough evidence that it works or is safe.

The FDA acknowledged that some research is underway into ivermectin’s effectiveness as a coronavirus treatment, but it hasn’t reviewed any of the data so far.

“Taking a drug for an unapproved use can be very dangerous,” the FDA said. “This is true of ivermectin, too.”