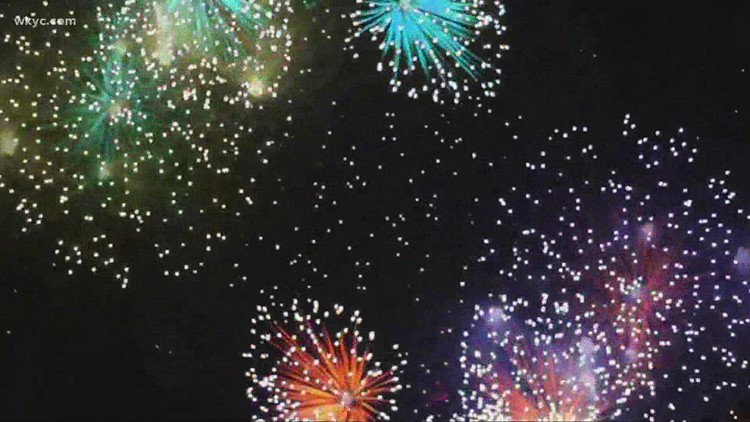 Industry insiders say the shortage is due to record sales last season and supply chain issues with global shipment delays.

SANDUSKY, Ohio — Red, white and “blew-up,” who’s ready for fireworks and the Fourth of July?

“(I) absolutely love fireworks. Can’t wait for the 4th of July,” says Louis Thomas, a customer at Sandusky Fireworks Super Store.  “It’s going to be a great time this year.”

Although the store shelves at Sandusky Fireworks are stocked, General Manager Scott Allison says there is indeed a fireworks shortage due to record sales last season.

“Everyone’s inventories were pretty much depleted to near 100% levels,” explains Allison.

Fireworks sales exploded in 2020 as more people put on their own shows due to COVID-19 canceling many public displays. Earlier this month, Phantom Fireworks warned consumers of supply chain issues with global shipment delays.

The City of Willoughby even posted to Facebook that their typical fireworks show for July 4th will instead take place Labor Day Weekend this year due to scheduling conflicts and staffing challenges at multiple fireworks companies.

Allison says even though the industry is experiencing shortages; it’s not impacting his store.

“We actually have more product than we ever had so we find ourselves in a pretty fortunate situation.”

If Ohio Senate Bill 113 becomes law, businesses selling fireworks could see an increase in sales for years to come.

The bill would allow Ohioans to discharge consumer-grade fireworks in the state on the following days:

“I think that would be a great idea,” says Thomas.  It’s finally our government catching up to the way people act.”

Senate Bill 113 passed the Senate earlier this month and is now being considered in the Ohio House. As of right now, you can purchase consumer-grade fireworks in Ohio, but you can’t legally discharge them. Ohio law requires all fireworks sold in Ohio to be taken out of the state within 48 hours of purchase.