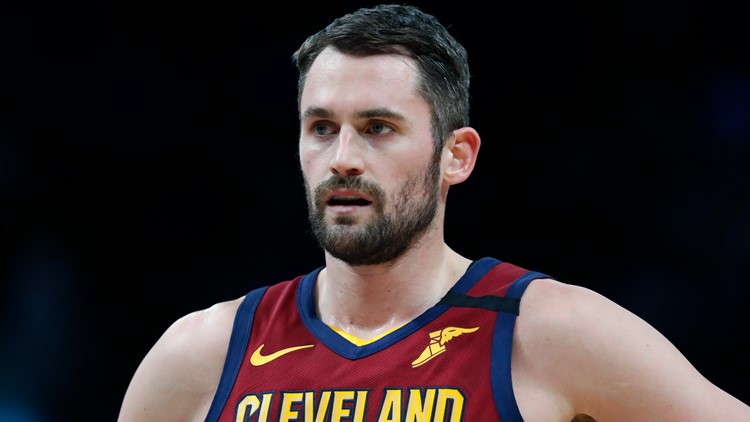 Throughout his career in the media, Fox Sports’ Shannon Sharpe has been one of LeBron James’ most public defenders.

But when it comes to Kevin Love and the other members of the Cleveland Cavaliers’ 2016 NBA title team, the Hall of Fame tight end isn’t as big of a fan.

Taking to Twitter on Thursday, Sharpe found himself discussing James’ supporting cast during his second stint in Cleveland. And in doing so, the “Undisputed” host downplayed the career resume of Love, who the Cavs acquired in a trade with the Minnesota Timberwolves after James made his return to Cleveland in 2014.

“Couldn’t make the playoffs [before] or since [playing with] Bron,” Sharpe said of Love, before calling the 5-time All-Star a “good player on a bad [team]” during his time with the Timberwolves and pointing out Love’s unimpressive stats vs. the Golden State Warriors in the 2016 NBA Finals.

Sharpe also proceeded to take aim at the Cavs, who didn’t have a winning record in any of the four seasons James spent with the Miami Heat before returning to Cleveland or any of the three seasons since James left to sign with the Los Angeles Lakers in 2018.

“Cavs were garbage Bron’s years in Miami and now his 4 [years] in LA,” Sharpe tweeted.

As for the reason behind Sharpe’s critical comments, the Denver Broncos and Baltimore Ravens great was attempting to illustrate that James won his four NBA championships with less help than Kevin Durant had when he won his two titles in Golden State. Whatever the reason, Sharpe is just the latest public personality to take aim at Love, who USA Basketball director Jerry Colangelo recently criticized following his departure from the U.S. men’s national basketball team ahead of the Tokyo Olympics.