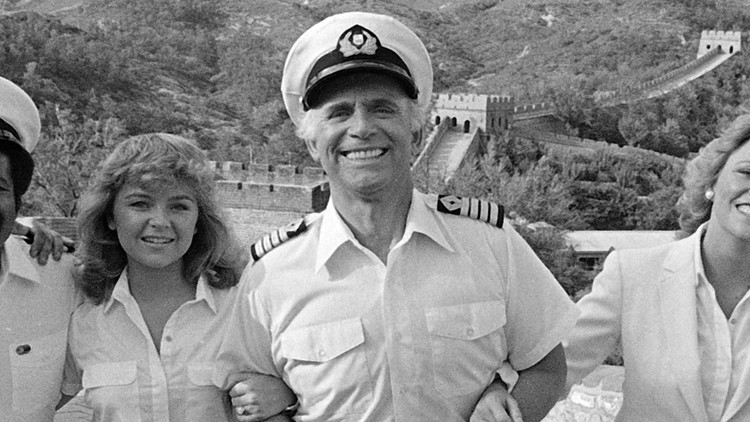 Actor Gavin MacLeod was known for his roles as Captain Merrill Stubing in ‘The Love Boat’ and Murray Slaughter in ‘The Mary Tyler Moore Show.’

Actor Gavin MacLeod, known for his roles in television shows “The Love Boat” and “The Mary Tyler Moore Show,” has died, according to Princess Cruises, for which MacLeod was a spokesperson.

“From his 10 seasons staring as Captain Merrill Stubing on the hit TV show “The Love Boat” (1977 to 1986) and for more than three decades following the show’s final season, Gavin enthusiastically shared his passion about the joys and adventures of exploring the world while cruising,” the company said in a statement.

Starting in 1986, MacLeod served as the face of Princess Cruises in numerous advertising and public relations campaigns, according to the company.

For 10 years, MacLeod and his wife Patti presided over the vow renewals of hundreds of passengers aboard Princess’s Valentine’s Day cruises, the company said.

MacLeod made appearances in dozens of television shows and movies throughout his career, including his roles as Captain Merrill Stubing in ‘The Love Boat’ from 1977 to 1986 and Murray Slaughter in ‘The Mary Tyler Moore Show’ from 1970 to 1977.

He also played seaman Joseph “Happy” Haines in “McHale’s Navy,” appeared in a few episodes of “Hogan’s Heroes,” and made guest appearances on “Charlie’s Angels,” “That ’70s Show,” and “Murder, She Wrote.”

RELATED: Claim that eating french fries in moderation will lead to an early death is misleading

MacLeod is survived by his wife, Patti, seven children and 11 grandchildren, according to Princess Cruises.

Marvel’s Avengers Won’t Get A Full Rework To Loot & Gear, Per Devs
Why A Voiced Protagonist Is A Better Choice
Comment