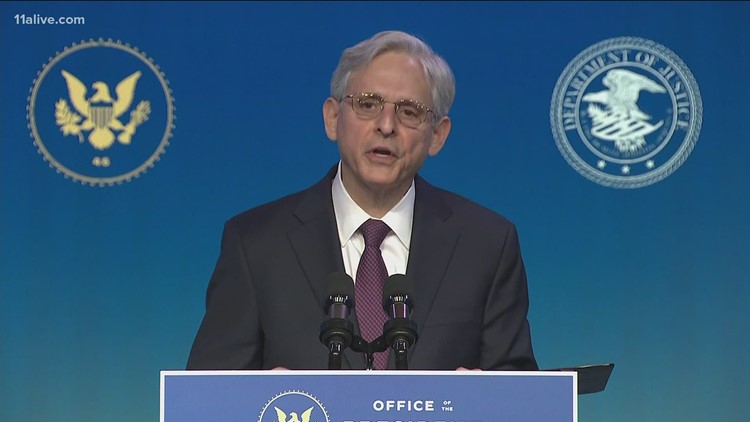 ATLANTA — Attorney General Merrick Garland announced Friday morning that the U.S. government will sue the state of Georgia over its new voting law.

Detailing the scope of the suit, Department of Justice attorney Kristen Clarke said the government will argue the law, SB 202, was “adopted with the intent to deny or abridge Black citizens’ equal access to the political process.”

The government suit will target various elements of the law, including its narrowing of access to absentee voting, its more restrictive regulations on the use of drop boxes and its restrictions on certain third-party activities, including handing out food and water to voters in polling lines.

RELATED: Georgia election law explained: Here’s what the law does, doesn’t do

Gov. Brian Kemp signed the law in March, which institutes a range of provisions that will require ID for absentee ballots, scale back drop box access and restrict giving out food and water to those in voting lines, as well as adding a day of early voting.

It has been the focus of fierce criticism from Democrats, and resulted in calls for boycotts as well as Major League Baseball moving its All-Star Game out of Atlanta.