Home » GoFundMe for Nightbirde of America’s Got Talent: How you can help 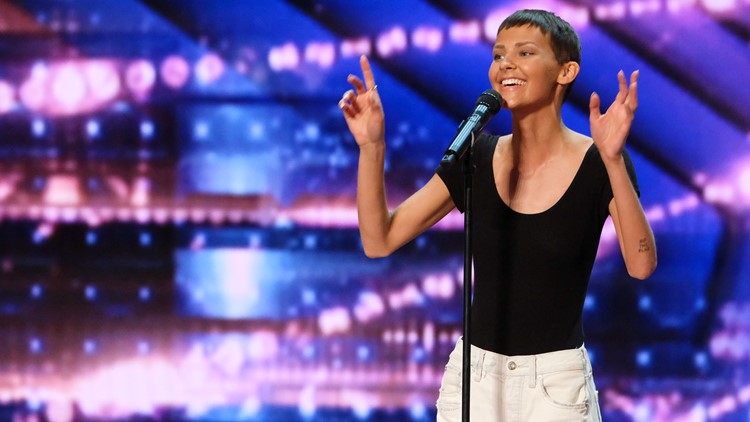 ‘I believe my story is far from over, and I just need a little more to get through to the other side.’

ZANESVILLE, Ohio — Nightbirde is a name that quickly soared into our hearts earlier this summer when the Zanesville, Ohio, singer offered a powerful audition during America’s Got Talent that earned her a Golden Buzzer from judge Simon Cowell.

Revealing that her health has “taken a turn for the worse,” Nightbirde – whose real name is Jane Marczewski – announced Monday that she was leaving AGT as “the fight with cancer is demanding all of my energy and attention.”

Now, thousands of people have donated to a GoFundMe that was established to help pay for cancer treatments that Nightbirde says aren’t covered by her insurance.

“It pains me to ask again for money, but I ask as Moses did when he needed water, and he spoke to the rock; as the friend banging on his neighbor’s door asking for bread in the night,” according to her GoFundMe page. “Not because I am entitled to your help, but because I desperately need it.”

“I believe my story is far from over, and I just need a little more to get through to the other side. I love you, and thank you for being heroes in my story.”

Her Golden Buzzer moment came in an episode, which aired several weeks ago. She sang an original song titled It’s OK, which she said tells the story of her life for the last year while facing cancer.

Her audition has been viewed more than 30 million times since it was uploaded to YouTube on June 8. You can watch it below:

What are the impacts of Biden’s new fuel economy rules?
A beach just for dogs in Stow
Comment